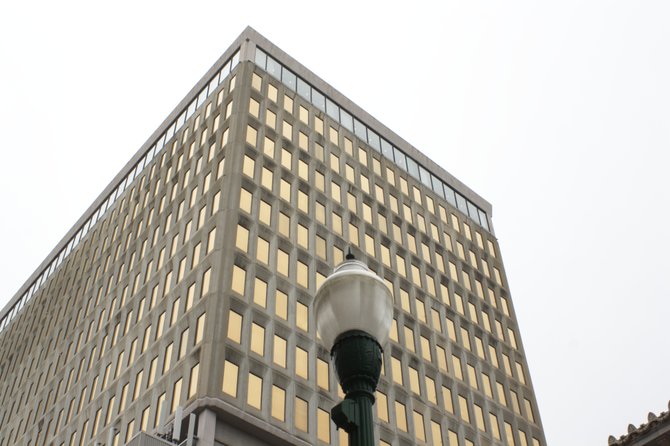 The State Department of Archives and History announced in January that the Belhaven neighborhood has become part of the National Register of Historic Places.

The U.S. Department of the Interior approved the addition of the Belhaven Historic District in early January.

Designation on the National Register helps preserve historic properties through tax benefits and grant assistance, and protects buildings from demolition. It does not prohibit private landowners in the district from making renovations to their property, homes or businesses, unless the development involves federal funding or participation in any federal programs.

"It's costly to maintain and preserve historic homes," GBNF Executive Director Virgi Lindsay told the Jackson Free Press. "With this designation, people will have the opportunity to get historic tax credits for maintaining our historic homes."

The application process, which included an application fee and surveying the land, cost $50,000. The state Department of Archives and History provided a $25,000 grant, the City of Jackson added a $20,000 contribution and the Greater Belhaven Neighborhood Foundation provided $5,000 to the project.

"We really started working with the city of Jackson and (the Department of) Archives and History about a year ago to get this done," Lindsay told the JFP in early January.

The Belhaven Historic District is bordered by Fortification Street to the south, Riverside Drive to the north, Interstate 55 to the east and North State Street to the west. It includes about 1,500 buildings. Most of the district is residential, though it does include Bailey Middle School, First Presbyterian Church and the English Village Shopping Center.

The district includes two buildings that were already on the National Register of Historic Places: the Eudora Welty House, built in 1925 and added to the register in 2004, and the Fairview Inn, which has been on the register since 1979. The oldest homes in the district were built in 1904 and are both located on State Street.

Belhaven University is located inside the district. University President Roger Parrott said the designation will not hinder any of the university's plans for future expansion. He told the Jackson Free Press that the university welcomed the historic designation.

"We try to, as much as we can, provide a barrier-free campus that encourages neighbors to interact with the campus," Parrott said.

The W.K. Kellogg Foundation opened a new regional office Feb. 1 in Capital Towers at 125 S. Congress St. The office will oversee the region that includes Mississippi and New Orleans.

Founded in 1930 by the breakfast cereal mogul Will Keith Kellogg, the W.K. Kellogg Foundation works to help children overcome barriers to success in school, work and life. The charity concentrates on education, food, health and well-being, and family economic stability for at-risk youth. The new office will employ up to five full-time workers.

"Our goal is to do the work that helps children thrive in their lives," Keith Aikens, communications manager for the Kellogg Foundation, told the Jackson Free Press. "That's educated kids, healthy kids and economically secure families."

To reach those goals, the foundation works with local charitable organizations and groups. Previous Kellogg Foundation initiatives include the Jobs for the Future's Accelerating Opportunity that helped Mississippi community colleges receive a $14.7 million grant from the U.S. Department of Labor for improvements to information-technology training programs.

The Battle Creek, Mich.-based foundation focuses in areas with high concentrations of poverty, including parts of Michigan, Mississippi, New Mexico and the city of New Orleans in the United States, and Mexico and Haiti abroad.

In Mississippi, the Kellogg Foundation has worked for upwards of 40 years, teaming with nearly 100 organizations. It has invested upwards of $90 million in the region that includes Mississippi and New Orleans. With the opening of the new office, the foundation will have a new five-person team dedicated to serving the region.

"We couldn't be more pleased that the W.K. Kellogg Foundation is locating their regional office in Jackson," Mayor Harvey Johnson, Jr. stated in a release.