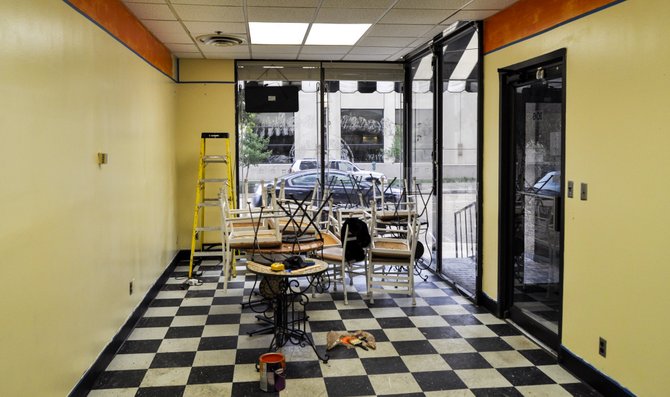 In late 2013, Mark Scurlock, owner of Scurlock's Donuts and Bakery in downtown's Capital Towers (125 S. Congress St.), closed up shop after nearly 25 years of business in south Jackson and, more recently, downtown. Though the people of Jackson will definitely miss the shop that won the JFP's annual Best of Jackson award for Best Donuts for years, Jacksonians will still be able to get their fill of great pastries when the location's new tenant moves into the space, which is located on the Pearl Street side of the building.

Monroe Jackson, long-time owner of Monroe's Donuts and Bakery (6310 Medgar Evers Blvd.), has purchased the space and is making preparations to open a new location there. Monroe's is another highly rated donut provider that has received great reviews and made a strong showing on JFP's Best of Jackson list for years. The new Monroe's is set to open in January 2014.

Following its Dec. 5 announcement that it will end flight services to Jackson-Medgar Evers International Airport effective June 7, Southwest Airlines recently ensured that Mississippians will still have flight options with the airline when it began service to Memphis, Tenn.

Southwest dropped service to Jackson due to sustained declining demand for Southwest flights in the Jackson market. The company also announced the cancellation of flights to Key West, Fla., and Branson, Mo.

The airline began conducting daily nonstop flights from Memphis to Baltimore Nov. 3, along with starting new flights to Pensacola and Richmond.

The new flight paths begin as Southwest is eliminating AirTran service from Memphis to Atlanta (the Southwest Memphis flights will not include Atlanta, either). Southwest acquired AirTran as a subsidiary in 2011 and recently began merging the services, phasing out AirTran a few cities at a time.

Ridgeland-based C Spire announced in a Dec. 11 release plans to acquire Callis Communications, a fast-growing provider of cloud-based unified communications as a service for businesses.

Based in Mobile, Ala., Callis serves customers in key business markets across the Southeast. Callis started in 1999 as a paging provider and became a facilities-based local exchange carrier and Internet service provider in 2005. Callis began providing private branch exchange services, cloud-based telephony, data, security, email and collaboration services in 2009. This year, the company was recognized as one of the fastest growing telecommunications and cloud communications companies on the Inc. 5000 list for the sixth consecutive year.

The acquisition, which requires FCC approval, is the latest in a series of moves by C Spire that signal the company's accelerated and expanded focus on innovative business, government, and consumer technology solutions, C Spire said in the release.

C Spire launched the nation's largest statewide initiative to bring 1 Gbps fiber-based Internet access to homes in nine Mississippi cities in Sept. 2013 and broke ground on a new $20 million Tier III+ data center in Starkville in November. The center will power a full suite of enterprise cloud services and solutions for businesses across the Southeast.