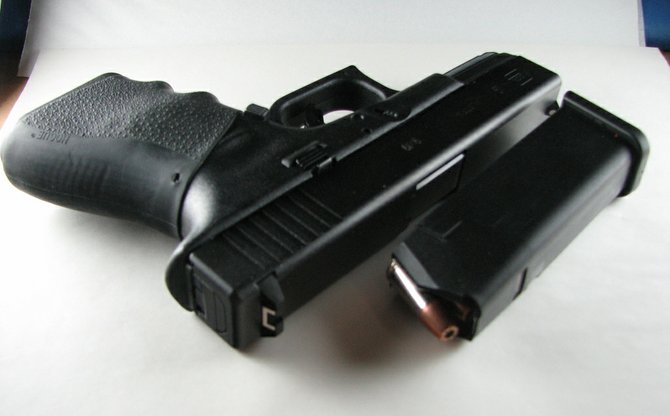 Jackson's civic leaders have watched the gun debate unfold since Gov. Phil Bryant signed House Bill 2 into law, effectively making the "open carry" of guns legal. Now, they've turned the proverbial TV off and are working to fix their own problems.

The proposed ordinance would ban guns and knives (with an exception for law enforcement officers) from municipal property, such as City Hall, public parks, playgrounds, gyms, recreational facilities and fields the city maintains; meeting places where public meetings of a county, municipality or other governmental body takes place; all political rallies, parades, and official political meetings; and all non-firearm-related school, college or professional athletic events.

"Since the Legislature passed the law, there's been a lot of concern out in our community," Tillman said. "There's even concern among the people who serve the public, so we just want to clarify some things and make sure, as a city, that we are taking our own look at how we handle public safety."

Passed during the last legislative session, House Bill 2 states that individuals need not obtain a state permit to openly carry weapons. A permit would only be necessary to carry concealed weapons, under the law.

HB 2's sponsor, Republican Rep. Andy Gipson of Braxton, said state law already permits open-carry. He cites Section 12 of the Mississippi Constitution, which states that except for legislative regulations on carrying concealed weapons "the right of every citizen to keep and bear arms in defense of his home, person or property ... shall not be called in question."

Gipson told reporters in April he doubts that his bill will result in more gun-toting citizens.

The Magnolia State already has some of the most lax gun laws in the country. The state does not require background checks for transferring guns between private owners or require permits or registration for most gun owners. Mississippi practically leads the nation in gun deaths, ranking No. 2 in a 2010 analysis of gun deaths nationwide by the Washington, D.C.-based Violence Policy Center. Mississippi sees 6.9 gun murders for every 100,000 people, nearly double the U.S. average of 3.6.

So, after the legislature passed it nearly unanimously, the Governor signed it, and the Mississippi Supreme Court upheld it, the good councilman wants to second guess all of the previously mentioned and do his best to make it of none effect. DO YOU THINK THE THUGS WILL OBEY YOUR ORDINANCE? They are, by definition, criminals. This means that they already disregard the law. So, in effect, he wants to establish SELF DEFENSE FREE ZONES, because only the law abiding will abide by his ordinance. Rather than extend the trust to the law abiding citizens already extended by the Governor AND the legislature, he would prefer to leave them unarmed and at the mercy of the criminal element which almost certainly WILL be armed. Good thinking sir. PLEASE oh PLEASE give us grounds for a lawsuit to challenge your moronic ordinance.

Good report ...But you missed an opportunity to inform listeners and readers that Jackson is forbidden by state law from generally banning gun carry, including in City Hall.

Subject to the provisions of Section 45-9-53, no county or municipality may adopt any ordinance that restricts or requires the possession, transportation, sale, transfer or ownership of firearms or ammunition or their components.