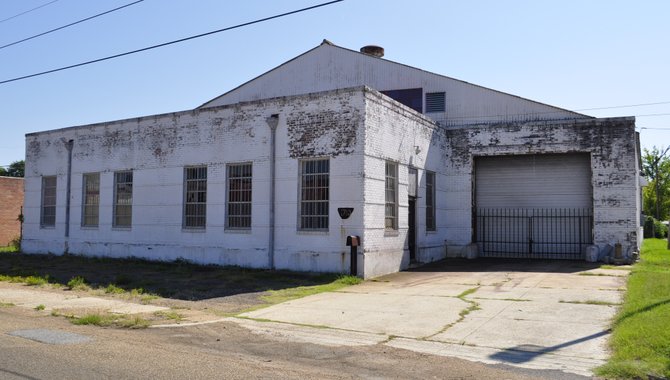 The boys at Lucky Town Brewing Co. are expanding, and they want to put their first industrial-sized brewery right in the heart of midtown Jackson. Photo by Trip Burns

The boys at Lucky Town Brewing Co. are expanding, and they want to put their first industrial-sized brewery right in the heart of midtown Jackson.

Chip Jones, the company's head of sales and marketing, confirmed Monday morning that the startup brewery—which distributes two beers in the Jackson area—is looking to call the warehouse at 1710 N. Mill St. its permanent home.

"That's the plan, anyway," Jones said. "We looked at everything from renovating existing buildings to building a new one. We looked in Jackson and Madison, but we found the building that is perfect for us right there in midtown."

The warehouse is currently used for storage, but Jones said the way it is laid out—wide open with high ceilings—makes it perfect for Lucky Town's first brewery location. The building, which tax records show Madison company Community First Development, Inc. currently owns, also has enough room to give the young business space to grow without having to relocate again.

Jones said the new brewery will be capable of producing 3,800 barrels of beer a year, roughly 117,800 gallons.

"Midtown is such a unique area, because you have industrial buildings, residential housing and retail all in the same area," Jones said. "We're looking forward to being an active part of Jackson and especially the midtown community."

The group has already met with Midtown Partners—the community-development organization that has worked to rehabilitate some of the old buildings in the area—and the neighborhood association. In an area that has been trying to gain traction economically, all indications are that the news is going over well.

"Any new business coming to the midtown area is consistent with the plan and the direction for growth and development," Midtown Partners director Kristi Hendrix said. "We met with them, and they were adamant that they didn't want to just locate the business here, but wanted to be involved in the area. I know someone asked the question (about community involvement) when they met with the neighborhood association, and they said they were interested in seeing the area grow."

Before the team at Lucky Town can move in, they'll have to jump through some legal hoops at City Hall.

The city of Jackson will have to make an exception to a zoning law that prohibits breweries to locate with 1,000 feet of a residential area, and the building the company wants to move into is currently zoned for storage space, according to Jones. Luckytown will appear before the Jackson City Council for a Sept. 25 public hearing, and a second hearing is scheduled for Oct. 21.

Jones said he believes the brewery had support from of at least four of Jackson's seven city council members.

"We're excited," he said. "So far, we haven't gotten any opposition from anyone at the city. The business association, the Midtown Partners, the council members—really, everyone we've talked to has been supportive."