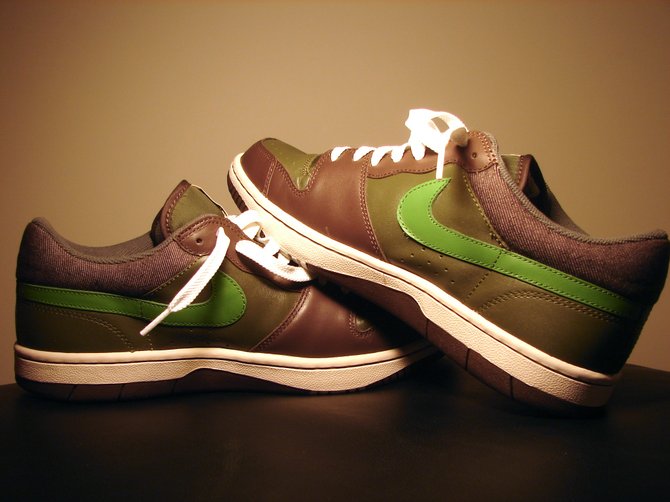 Jackson personal trainer Keith Richardson has a dream to own and manage a shoe store, and he's found a creative way to get it done. Now, he needs the community's help.

By posting on the crowd-funding website indiegogo.com, Richardson hopes to raise $20,000 in start-up funds from the public to open his business, Conkrete Sneakers Boutique, in One University Place Shopping Center across the street from Jackson State University.

"West Jackson has fallen on some hard times as of late," Richardson says in his Indiegogo video. "But it's coming back, and I want Conkrete to be a part of that resurgence."

The idea of crowd funding is hardly new. It was around long before newspaper publisher Joseph Pulitzer raised more than $100,000 from 125,000 different people to fund the pedestal for the Statue of Liberty in 1884. The concept has re-emerged in this tough economy, especially since President Barack Obama signed the Jumpstart Our Business Startups Act in April 2012.

The bill, which was an off-shoot of Obama's defeated American Jobs Act of 2011, removed some Depression-era restrictions on how businesses raise capital. It went into effect September 2012. Under the old rules, startups had to pitch their idea to individual investors. Now, they can sell their idea to the masses via the Internet or television.

Web sites like Kickstarter and Indiegogo, Richardson' vessel, have been operating for years, but have spiked in popularity because of the sluggish recovery following what some economists have deemed the "Great Recession," which began in 2006.

To reward investors, entrepreneurs like Richardson offer perks in return for investment donations. In Conkrete Sneakers' case, that means T-shirts, discounts on future shoe purchases and, in the upper echelons of donations, free shoes and store credit.

The 31-year-old personal trainer said the proposed location for Conkrete Sneakers will give him an opportunity to give back to the community that supports his store. He plans to hire interns from JSU, for example, helping them learn how to run a business.

"It's ideal," Richardson said. "Jackson State has 9,000 students, and many of those students are business majors. What better way for them to learn than in a setting like that? You can sit in class and learn about theories and models, but this is practical experience."

Kimberly Hilliard, who earned her doctorate in urban and regional planning from Jackson State and serves as the school's executive director of the office community engagement, said she doesn't know of any other businesses in west Jackson built on crowd funding, but she has met with Richardson, and she found his ambition "very exciting."

"It's a very innovative approach to looking for investors," Hilliard said. "It's a new, exciting way to approach entrepreneurship. We are going to be watching his progress with much anticipation."

Hilliard added that the other businesses at One University Place have embraced the students, and that the mixed-use facility is at full capacity for the coming school year.

Even if Richardson can't raise $20,000, he gets to keep the funds he does raise, although he has to pay 9 percent to Indiegogo instead of the 4 percent he would pay if he were to reach his goal.

Richardson has until Sept. 28, 2013, to raise the funds. He hopes to recreate the fundraising effort of another local business, Luckytown Brewery, which raised $22,304 from 266 backers in the first three months of 2012 to buy its first brewing equipment.

"We bought our first fermentation tank with that money," Luckytown spokesman Chip Jones said. "Without that successful project, I'm not sure where we would be. It gave us a marketing opportunity that we otherwise wouldn't have had."

this sounds like a good idea, I hope he is successful. is there a link to crowdfunding a project?