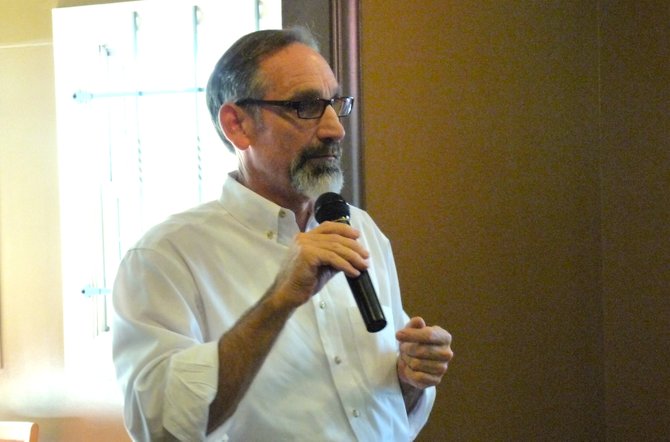 Mississippi has a rich history, and we need to be the ones telling it. That's the message Mississippi Tourism Director Malcolm White delivered to the crowd Friday morning at Koinonia Coffee House. Photo by Tyler Cleveland

Mississippi has a rich history, and we need to be the ones telling it.

White, the 62-year-old owner of popular Jackson restaurant and bar Hal & Mal's, is in his first year with the Mississippi Development Authority. He said he is in the business of selling Mississippi—and business is good.

Most visitors to the Magnolia State, White said, come with a specific purpose—whether it's to visit family members, play golf or gamble. The trick is to sell them on our history so they will go out and see something they didn't expect.

The U.S. Travel Association's 2012-2013 survey shows that Mississippi spends $6.4 million on tourism annually. That's less than its neighbors Louisiana ($13.2 million), Tennessee ($11.7 million) and Alabama ($11.6 million), but White told the audience at Koinonia not to focus on that.

"That's the reason we are at or near the bottom of all the lists (that) you do want to be high on and at the top of the lists you don't want to be on," he said. "We're poor. That's just data, folks."

But a tight budget hasn't kept White from working diligently to turn tourism into an economic driver for the state.

Tourism supported 20,378 jobs in the state in 2012, the Mississippi Employment Security Commission reports, and the payroll on those jobs was more than $4.2 million.

White said one of the things he's proud of is the expansion of the Freedom Trail, a series of markers the state has put up in locations where some of Mississippi's most interesting—and often shameful—history took place.

"We have a difficult history and story to tell," White said. "But on the positive side, we talk about it. We mention the Civil War and Civil Rights Movement in the same sentence. Mississippi has changed more than any state in the nation. We have come a long way. It has not always been a pretty picture, but we're at a point now where we can sell our story."

White self-identifies as a Democrat, and said in meetings with state leaders, he's often the oldest person and the only liberal in the room.

"When I came in to talk to them about the job, I asked them, 'Do you know who I am?'" he said. "They said 'Yeah, and we've decided to hire you despite that.'"