Fixing Defense in the Draft 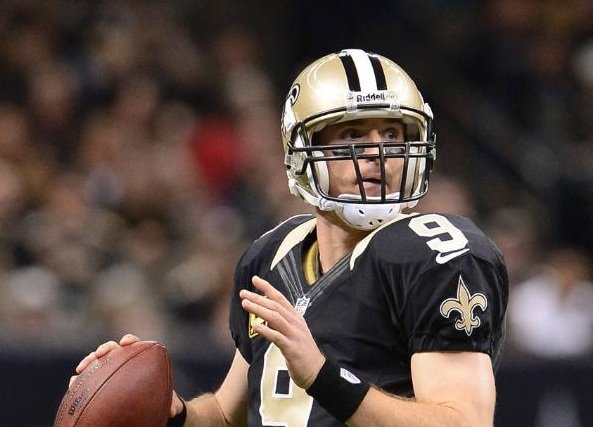 The Saints need to find fresh defensive players during the 2013 NFL Draft to ensure the team’s defense keeps up with its offense. Photo by Courtesy New Orleans Saints/Michael C Hebert

The New Orleans Saints should focus on two things during the 2013 NFL Draft: their defense and their offensive line.

The good news for the Saints is this draft is deep with defensive players, offensive tackles and linemen. The bad news for Saints fans is the team only has five picks to fill their needs in the draft.

The Saints defense was one of the worst in NFL history last season, and New Orleans hired former Dallas Cowboys defensive coordinator Rob Ryan to fix the unit. Ryan will have his hands full with an aging defense that can't cover or rush the passer.

Last season, the Saints ranked 31st in pass defense, giving up an average of 293 yards per game, and only produced 30 sacks, tying the unit for 25th place with the New York Jets and Philadelphia Eagles. New Orleans was tied with the Houston Texans for 14th in interceptions with 15 picks last season.

In Dallas, Ryan's defense was tied for 20th in sacks, with 34 sacks, and 19th in pass defense, giving up 230 yards per game. The Cowboys tied for dead last in interceptions, with just seven.

Something to keep in mind is that Dallas suffered a ton of injuries on defense last season. Ryan kept that patch-worked unit together to keep the Cowboys in the playoff hunt until the final game of the season.

Rob Ryan did an underrated job in Dallas last season if you look back at the injuries and the fact that he lost two players due to a car wreck. The Cowboys would have made the playoffs if they had defeated the Washington Redskins, but Tony Romo imploded, throwing three costly interceptions.

Now, let's take a look at what the Saints might do in the draft this week. One catch: We are going to add a Mississippi twist by finding a player from Mississippi schools for New Orleans.

Ryan loves to play man coverage with his corners, and the Saints would be wise to take a cornerback with their first pick. Johnthan Banks of Mississippi State should still be on the board when New Orleans makes their pick in the first round with the 15th overall pick.

New Orleans might try to trade back to get more picks, and San Francisco, Seattle and Atlanta might be willing trade partners. If the Saints can trade back, Darius Slay of Mississippi State University could be a good pick in Ryan's defense.

The Saints also need help with a pass rush, and an outside-the-box first-round pick or an early second-round pick (if the Saints can trade back--New Orleans lost their second round pick this season due to bounty gate) could be Southern Miss linebacker Jamie Collins.

Collins broke the NFL Combine record in the broad jump by two inches when he leaped 11 feet, 7 inches. His work at the combine opened a lot of eyes to the ability Collins has, but he gets labeled with the "potential" tag since he is still growing into his body.

I don't know if Collins will still be around in the third round when the Saints draft with the 75th overall pick. But Mississippi State defensive tackle Josh Boyd could be there to plug up the middle for New Orleans.

The Saints could use their final three picks in the draft to focus on offensive tackle and wide receiver. New Orleans needs to find players to protect Drew Brees and tackle is a weak spot on the line.

Here are two players who could fit the bill for New Orleans at offensive tackle. Jason Weaver from Southern Miss and Terrell Brown from Ole Miss. Brown is the heaviest player in this draft at 388 pounds, but he is 6-foot-10.

The Saints could also draft in the later rounds Mississippi State receiver Chad Bumphis, Terrance Lewis from Alcorn or Tracy Lampley out of Southern Miss.

Late-round picks can be used on luxury picks, like wide receiver, but the Saints must use early picks and trades to fix  their defense.