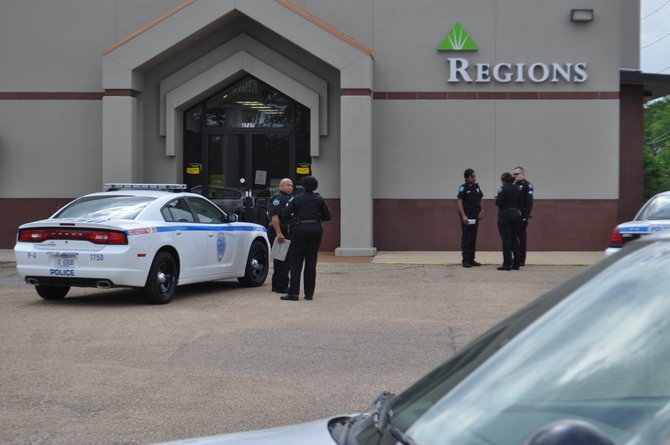 At 3:14 PM, JPD responded to a bank robbery at the Regions Bank (North State Street). Two suspects entered and demanded money from a teller. An undisclosed amount of money was stolen. No weapons were used. No persons were hurt.

The two suspects left on foot, although it is unclear whether they are still on foot or used a vehicle.

The JPD describes the suspects as: 6'2 and 5'6, each with dreadlocks. Both were wearing blue jeans and one suspect had a green jacket and a red baseball cap.