The Death of a Critic | Jackson Free Press | Jackson, MS

The Death of a Critic 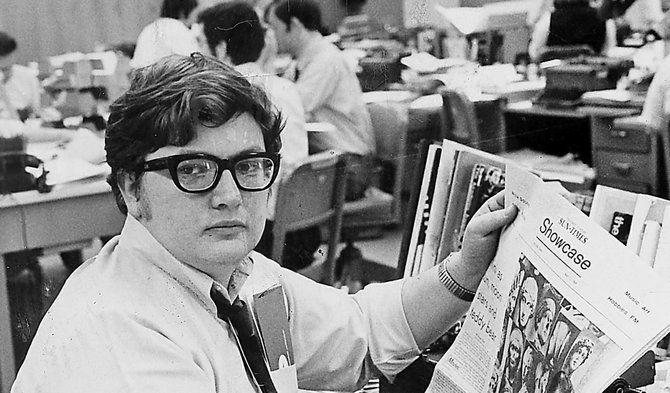 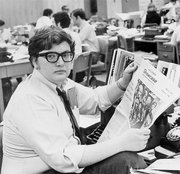 Legendary film critic Roger Ebert transcended his long battle with cancer last Thursday. He died at age 70, leaving behind a world richer from his words, deeds and actions. Only two days before his death, Roger took a "leave of presence." He wrote to readers:

"Forty-six years ago on April 3, 1967, I became the film critic for the Chicago Sun-Times. Some of you have read my reviews and columns and even written to me since that time. Others were introduced to my film criticism through the television show, my books, the website, the film festival, or the Ebert Club and newsletter. However you came to know me, I'm glad you did. ... I must slow down now, which is why I'm taking what I like to call 'a leave of presence.'"

It makes me sad that Roger's "leave of presence" now extends beyond his work. He never slowed down, even when his body begged to differ. As my mother texted me the moment she heard of Roger's death, "He's in a better place."

In remembrance of his 20th wedding anniversary, Roger posted an essay about his marriage to his lovely wife, Chaz. My husband forwarded it to me. It was so touching. It may be my most favorite thing I've read written by Roger. He wrote, in part:

"How can I begin to tell you about Chaz? She fills my horizon, she is the great fact of my life, she has my love, she saved me from the fate of living out my life alone, which is where I seemed to be heading. If my cancer had come, and it would have, and Chaz had not been there with me, I can imagine a descent into lonely decrepitude. I was very sick. I might have vegetated in hopelessness. This woman never lost her love, and when it was necessary she forced me to want to live. She was always there believing I could do it, and her love was like a wind forcing me back from the grave."

Roger and Chaz have a great love story. He shared it with us. And he shared with us his love for the movies.

Roger's thumbs-up approval amounted to a cinematic royal blessing, particularly for indie filmmakers striving to find an audience. A thumbs-up created demand. In past years, "Eve's Bayou," "Monster's Ball" and "Crash"--all small budget indie films--topped Roger's end-of-the-year lists and helped give these movies box-office legs. He provided critical support to "Ballast," a movie produced by Mississippian Nina Parikh, which was the darling of the 2008 Sundance Film Festival. He praised Daniel Lee's "Precious: Based on the Novel 'Push' by Sapphire." In 2012, Roger reviewed a record 300 films. A small film called "Beasts of the Southern Wild" received Roger's stamp of approval, landed on his top 10 list and it received a Best Picture Oscar nomination. That was Roger's true power: discovering the raw, small and fringe film and bringing it to a mainstream audience. And he was a world-class essayist, critic and commentator.   When the Crossroads Film Festival was still in its inception, I emailed Roger about our aspirations. He returned the email at 1 a.m. He offered tips, based on his own experiences with film festivals. And now Crossroads celebrates another year ...

The passing of Roger marks the death of not only a world-class critic, but film criticism itself. With the wild, free and exponential growth of e-information, no one can do what Roger did. So at this time of reflection, let us thank Roger for  the journey.

"We'll see you at the movies."

Read a longer version of this story at jfp.ms/Ebert.