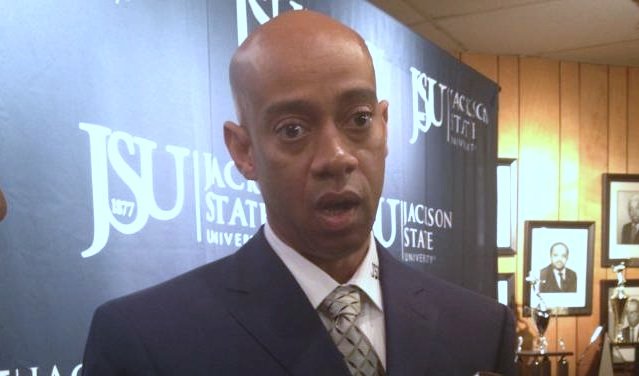 If there is one word used to describe Brent, it would be "winner." Brent has won at every stop in his 20-year coaching career at the high-school and college level. Overall he has amassed a 308-127 coaching record.

Brent started his coaching career at Tallulah High School in Tallulah, La., in the 1991-'92 school year. His squad finished the season with a 13-15 record but won their district championship and reached the state playoffs.

He then spent six seasons at Provine High School, his alma mater, compiling a 116-65 record with the Rams from 1993 to 1998. He finished his first year at Provine with a losing record but would not have another losing season while with the Rams. He ended his last year there with a state championship, and he received Metro Coach of the Year honors twice.

Jackson State is not hiring a coach without college experience. Brent spent six seasons as an assistant coach at Ole Miss from late 1998 to 2004 under Rod Barnes.

Brent resigned as assistant coach in 2004 to become the head coach at Piney Woods High School. There, he accumulated a 72-16 record with the Tornadoes from 2004 to 2006. Brent won division titles at Piney Woods all three seasons he coached at the school.

In 2007, Brent took over the Callaway High School Chargers program, coaching the Chargers to state championships in four of the six seasons the program was under his leadership. The team won the state title his last two seasons and won four championships at Callaway in the last five years. He amassed a 145-52 record at Callaway and was named Metro Coach of the year in 2009. Brent leaves behind one of the highest-rated prospects in the county: sophomore guard Malik Newman.

Brent, 47, is a graduate of Northeast Louisiana University with the team now known as Louisiana Monroe Warhawks. He played for the then-Indians for two years before graduating in 1989. He holds three degrees from Northeast Louisiana: bachelor's degrees in journalism (1989) and in health and human performance (1992), and a master's degree in health and human performance education (1992).

While a player at Northeast Louisiana, the team reached back-to-back NCAA Tournaments along with back-to-back Southland Conference titles. In neither tournament appearance would the team make it past the first round.

Brent is married to the former Dedra Martin and is the father of a daughter, Kristian Nycole, and a son, Cameron Wayne.

He will do something in the state of Mississippi - that a lot of the other universities in the state are unable to do!? And that is retain a lot of the top talent within the state. He's a great recruiter and he will make JSU a basketball powerhouse in the SWAC.

Great hire for my alma matter!