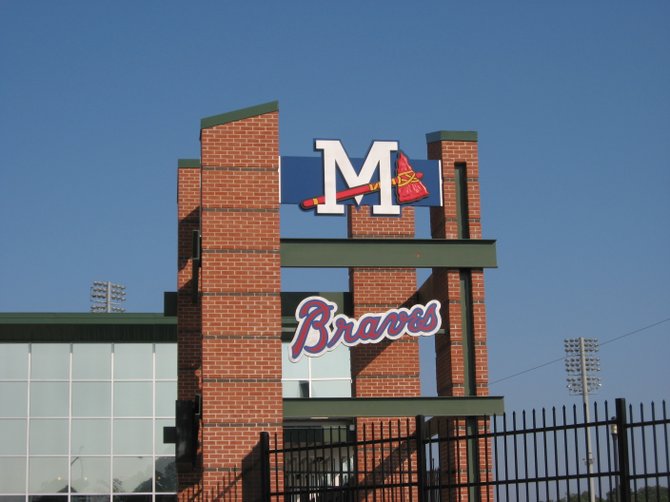 Minor League Baseball returned to the Jackson area in 2005, when the Mississippi Braves chose Pearl for their new home. Photo by Ken Lund

The Jackson sports landscape in the capital city and surrounding areas has changed a lot since the JFP was born 10 years ago.

It is easy to be negative about sports in the Jackson area. I can remember more teams folding or leaving the area in my early years than success stories.

At the founding of the JFP in 2002, the capital city was home to the Jackson Bandits, a professional hockey team that played in the East Coast Hockey League. The Bandits were founded in 1998, but by 2003 the franchise was gone.

Declining attendance, and failure to build a new arena, hurt building up hockey in Jackson. But perhaps the biggest reason hockey failed was the MCI Worldcom scandal in the early 2000s—Bernie Ebbers, former Worldcom CEO, was one of the team's owners.

Jackson got a rare treat from 2006 to 2008, when the New Orleans Saints held their training camp at Millsaps College post-Hurricane Katrina. The city welcomed the Saints, and when they left for training camp in their new facility in Metairie, La., it was one of the sadder sports moments in recent Jackson history.

Smith-Wills Stadium has been the home for baseball in the capital city since before my early childhood. The last baseball team to play their home games at Smith-Wills was the Jackson Senators.

From 2001 to 2005, the Senators (also known as the Diamond Kats) were part of the independent Central Baseball League, and the team won a league championship in 2003. The CBL left Jackson before the 2006 season and disbanded, leaving the city without a baseball team.

Baseball did return to the area in 2005 when the Mississippi Braves began play after the team failed to reach an agreement for a new stadium in Greenville, S.C., but they went to Trustmark Park in Pearl. The M-Braves just completed their eighth season in Pearl; they won a Southern League title in 2008.

Sports in the metro area have grown since the Braves moved to the area. The area has welcomed a couple of new sports teams that are flourishing.

In 2006, professional soccer came to Jackson when the Mississippi Brilla was founded and began play in 2007 in the USL Premier Developmental League (PDL). The Brilla has slowly built a solid franchise with a loyal fan base and is still going strong after five seasons.

Jackson even has a roller derby team that was founded in 2008. The Mississippi Roller Vixens started play in November of 2008, and home for the team is the Jackson Convention Center. Early in 2011, the Roller Vixens were accepted into the Women's Flat Track Derby Association.

The city will welcome a professional basketball team later this year when the Jackson Showboats begin play as part of the American Basketball Association.

The capital city and surrounding areas have added and expanded walking tracks, bike trails and adult recreational sports in the 10 years since the JFP printed its first issue.

High school and local college and university sports have grown stronger, too. Jackson-area sports enthusiasts can be proud of teams from Madison Central and Pearl high schools as well as the Jackson State University Tigers, among the area's numerous hard-playing school teams.