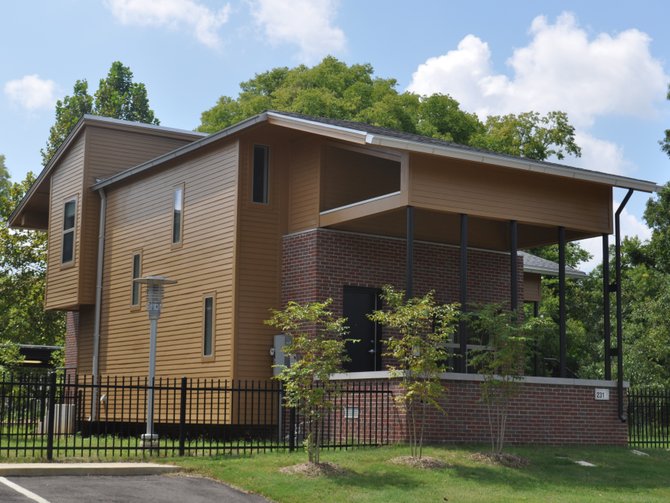 JACKSON — Midtown, one of the city's leading neighborhoods in the arts, will soon welcome the state's first eco-friendly, sustainable affordable housing.

Kristi Hendrix, executive director of Midtown Partners, told residents at Koinonia Coffee House's Friday Forum that the housing development is in the final stage, and residents will move in within six to eight weeks.

The duplexes are staggered from the street to create communal yard space. Each has a carport with a solar-panel roof that could offset residents' electric bills by as much as 28 percent.

They are located in three areas of the Midtown neighborhood, bordered by Woodrow Wilson Avenue, Mill, Fortification and West streets, including units at the corner of Lamar and Livingston streets.

The duplexes are part of Phase 1 of a neighborhood master plan. Duvall Decker Architects created the plan with the help of the North Midtown Community Development Corporation, Jackson Housing Authority, and Midtown residents between 2008 and 2009.

The U.S. Department of Housing and Urban Development, the American Recovery and Reinvestment Act of 2009, and the Jackson Housing Authority provided $3.49 million to finance the project.

"We are excited to bring to Jackson, and the state of Mississippi, the first solar-powered, sustainable, green, energy-efficient affordable housing development," Jackson told the JFP in May 2010, when the city broke ground on the project.

Midtown residents have a new place for general practice health care as well. The University Nursing Associates-Community Access to Health Resources and Education (UNACARE) Clinic moved to a new location at 258 E. Fortification St. Hendrix said the JHA redeveloped the commercial strip before the clinic moved into the corner office.

Certified nurse practitioners provide care to Midtown and other residents there in collaboration with family medicine and OB-GYN physicians at University of Mississippi Medical Center.

The goal of the UNACARE Clinic is to provide care to mostly low-income residents. The clinic accepts any health insurance and charges Medicaid rates to those who do not have health insurance. They refer uninsured residents to the Jackson Medical Mall Thad Cochran Center for financial counseling.