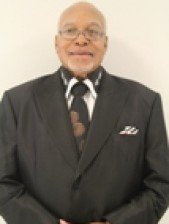 One of Mississippi's best basketball minds hangs up his whistle this week, after more than 50 years of coaching. Lafayette Stribling, 78 years old, announced that Oct. 31 will be his last official day at Tougaloo College.

Stribling spent time coaching in the high school and the college ranks. His 22 years in Itta Bena as the head coach at Mississippi Valley State might be how he is best remembered.

The former Delta Devils coach is the winningest coach in the program's history, with a 315-307 record and three NCAA tournament appearances. Stribling's Mississippi Valley State University squad led perennial basketball power Duke University by three at halftime of the 1986 NCAA Tournament. MSVU ultimately fell to the Blue Devils 85-78 in the first round. The Delta Devils also lost to Ohio State in 1992 and Georgetown in 1996 in their other tournament appearances under Stribling.

Stribling entered the SWAC Hall of Fame in 2006. SWAC fans might remember him best for the colorful suits he wore on the sidelines.

Tougaloo hired Stribling in 2005 to turn around a program that hadn't had a winning season in 13 years. The Bulldogs went 5-20 in Stribling's first season, but that would be his only losing season while at Tougaloo.

When his time ends at Tougaloo in a week, Stribling will finish with a 127-60 record. Stribling has a 442-367 record combined from Mississippi Valley State and Tougaloo.

One thing I will remember Stribling for is his ability to get more out of his players than maybe any college coach in this state in recent history. This ability was fully on display during the 2010-11 season, when Stribling was forced to play with only seven players.

Dubbed the "Super 7," the team finished with a 16-2 GCAC record and a 28-5 record overall. Stribling and his Super 7 won the GCAC regular and tournament titles and finished in the "Sweet 16" of the national tournament.

While at Tougaloo, Stribling was named GCAC coach of the year three times.

Good dresser, awesome couch and phenomenal man...my daughter's and I have gone to many Tougaloo games to see Coach Stribling work his magic on the court with his players and I have seen him off the court as a mentor around campus...his genuineness with the players and students was very evident!