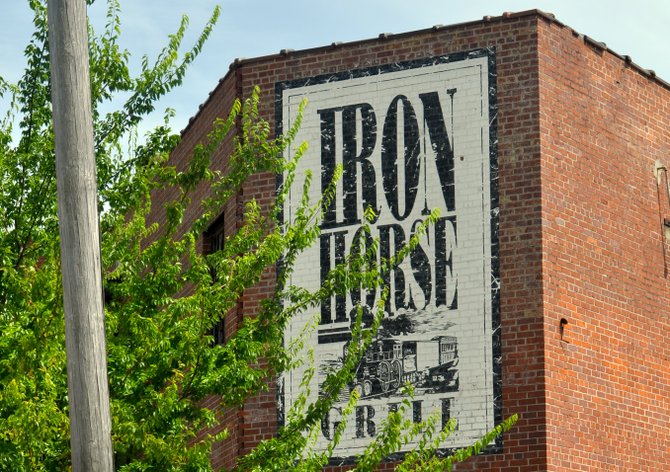 As Jason Brookins resigns as executive director of the Jackson Redevelopment Authority, the Iron Horse Grill, which could go down as the JRA's biggest success under Brookins, finalizes deals on about $4 million in funding. Photo by Trip Burns.

Jason Brookins is resigning as the executive director of the Jackson Redevelopment Authority. He has headed the quasi-governmental organization, which spearheads development initiatives for the city, since February 2010.

Former JRA Executive Director Willie Mott will take over as interim executive director until the board selects a permanent replacement.

Under Brookins' leadership, JRA helped make a few major projects happen in the city. The board helped renovate and reopen the Richard J. Porter building on President Street, across from City Hall, which now serves as the JRA headquarters. The JRA also helped fund the resurrection of the Iron Horse Grill, a formerly popular restaurant and bar downtown.

The two largest projects that Brookins oversaw for the JRA--a Convention Center Hotel and the Farish Street Entertainment District--are still up in the air. The city is negotiating to get back the land on Pascagoula Street opposite the Convention Complex from Dallas-based developer TCI, after a deal for the company to build the hotel fell through earlier this year.

Watkins Development, which is heading the historic Farish Street revitalization efforts, hopes to close on the final funding this month and have the first block of Farish up and running by early 2013.

Brookins said he is resigning to take another job in Jackson, but did not divulge any further information. His last day as executive director is Oct. 31.

The Iron Horse Grill, the project that could go down as the JRA's biggest success under Brookins, will close on a deal for $2.5 million in urban-renewal bonds through the JRA and $1.5 million in new-market tax credits Friday morning.

Lead developer Joseph Simpson said he and his partners have signed all the paperwork and expect to see the money in bank accounts Friday.

"We better be moving dirt on Monday," Simpson told the Jackson Free Press.

The Iron Horse Grill was a popular restaurant and bar downtown before the building suffered two fires and closed its doors in 1999.

Once complete, the new Iron Horse Grill will house a bar and restaurant, a live music venue and a Mississippi Musicians Hall of Fame.

Simpson and his partners at Capital Hotel Associates received praise from the JRA and the City Council on the plans they presented to those entities. Ward 5 Councilman Charles Tillman said Simpson's plan should be used as a model for any developer coming to the city to ask for funding.