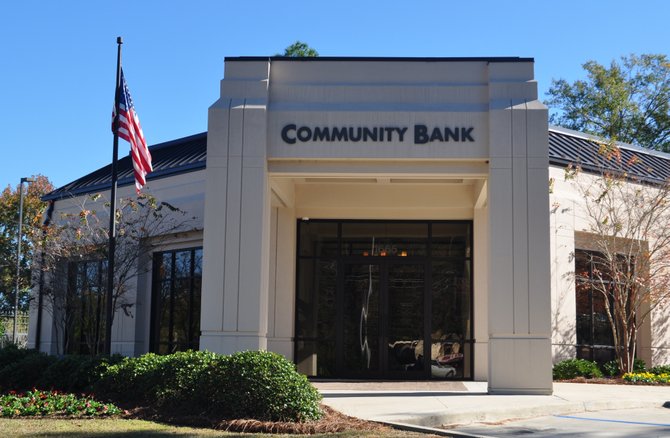 Community Bank was one of the state's top lenders of Small Business Administration-backed loans in 2012. Photo by Trip Burns.

After many of the Small Business Jobs Act of 2010's incentives expired in 2011, during fiscal year 2012, the U.S. Small Business Administration's Loan Programs settled to its lowest lending total since 2008 in Mississippi.

Small businesses in the state received 442 SBA loans totaling $132.4 million. That's the fewest number of loans in Mississippi since 2000, down from 749 in 2011 and 1,138 in 2010. The total amount was the least in the state under the Barack Obama administration and the fourth lowest total since 2002.

Janita Stewart, U.S. Small Business Administration Mississippi District director, said the spike in lending over the last two years was due to the temporary incentives the Small Business Jobs Act of 2010 gave lenders. Among those incentives was a $30 billion national fund that provided community banks with lending capital at rates as low as 1 percent in 2010--but only if the banks went above the 2009 small-business lending levels. SBA also temporarily offered higher guarantee rates to lenders.

Community Bank of Mississippi loaned $63.8 million to 145 businesses in the state last year. That was the highest total loaned and second highest number of loans of any lender in the state.

Ralph Hall, vice president for the SBA department at Community Bank, said that business owners' discomfort also played a role in the decreased loan totals in 2012.

"Many small businesses delayed making decisions to increased investments in their businesses due to uncertainty of the economy and impending regulations at the time," Hall told the Jackson Free Press.

With its 75-percent rate and higher loan guarantee, SBA takes on most of the risks in SBA-backed loans. Because they can pass off the risk, SBA lending is attractive to community banks.

Hall said without SBA's backing, lenders would never make most of those loans.

"These SBA Loans are at a slightly higher risk due to the lack of collateral. The SBA guaranty mitigates the risks to the bank and allows us to approve loans that we might not otherwise be able to make," Hall said. "Many deserving small businesses would not receive necessary financing for buildings, equipment, furnishings, inventory and working capital, if not for the bank participating in the various SBA lending programs. Economic development would be greatly depressed."

Stewart said businesses must meet several SBA requirements to get a loan. First, SBA directs businesses, especially start-ups, to local organizations that provide free help in finalizing business and marketing plans and legal papers. Those requirements help lower the risk for SBA on the loans.

Stewart said the program picked up nine new lenders during the year, signaling positive growth in the loan industry.

"This is extremely significant for small businesses in our state," Stewart stated in a release. "These loans enabled Mississippi small business owners to obtain financing to help them create or retain an estimated 3,755 jobs. Overall, the pace of SBA loan-making is a healthy sign for the economy and the credit markets, and is one of the foundations for ensuring the availability of financing to small businesses trying to establish themselves, grow, and create new jobs."

Rankin led all counties with $11.01 million in loans. Banks loaned out just over $9 million in Madison, and SBA loans in Hinds totaled $7.54 million. Covington led the counties in total number of loans at 59.