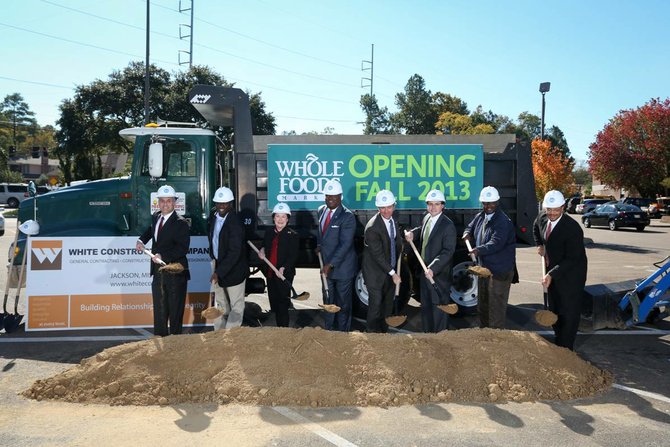 The nation's largest natural and organic grocery chain has begun building its first location in Mississippi, set to open in the fall of 2013.

Contractors will build the 31,000-square-foot store in what is currently part of the east parking lot, between the rest of Highland Village and Old Canton Road.

"Whole Foods Market offers shoppers the highest quality, best-tasting and freshest foods in an inviting setting," WS Development Director of Corporate Marketing David Fleming said in a press release. "Each store is unique and is designed to meet the needs of the neighborhoods where they live and work. Combine the great-tasting food with outstanding customer service and the result is a pleasantly atypical grocery shopping experience."

"In addition, Whole Foods Market is dedicated to both serving and becoming a part of its communities, offering locally sourced products wherever possible and education about healthy eating in a fun and inviting atmosphere."

Some have a different take on Whole Foods' approach to local products, though. Stacy Mitchell, a senior researcher for the Institute for Local Self-Reliance in Washington, D.C., has done extensive research on Whole Foods since 2007. She told the Jackson Free Press in February, when Whole Foods and Highland Village announced the new store, that the grocer uses local farmers and products as a marketing tool to get customers in the door. Once there, Mitchell said shoppers will find that local products are far more expensive and more difficult to locate than Whole Foods' own 365 Everyday Value and Whole Foods Market brands.

Mitchell conceded that Whole Foods does a better job of carrying local goods than other major chain grocers like Kroger or Walmart, but that the company also seeks to put locally owned organic grocers out of business.

In Mitchell's hometown of Portland, Maine, three organic markets—the Whole Grocer, Portland Public Market and Wild Oats—either went out of business or Whole Foods bought them out after the organic megastore moved to town.

Darrah Horgan, Whole Foods south region spokeswoman, told the JFP that the chain changes competition, but can do so while coexisting with other grocers.

"It's been proven in other markets that we've gone into where there's lots of competition," Horgan said. "It's better for the shoppers; it's better for the consumers because it helps everybody as far as prices and availability of the products that they're looking for."