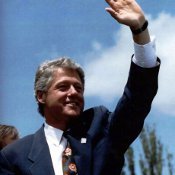 The purpose of the commission was to discover why the Mississippi Delta was not achieving better socio-economic status within the United States, and to come up with solutions toward that end, known as the Lower Mississippi Delta Initiatives.

Chaired by then-Arkansas-governor Bill Clinton, the commission interviewed people who had spent their lives here, and who had witnessed first hand what life in this area of the world is like. Researchers sought out and encouraged interested citizens, public officials, groups, agencies and others to attend hearings in each of the seven states to help develop a 10-year plan that would make recommendations and prioritize the identified needs.

The commission itself lasted 18 months and cost $3 million. The LMDDC presented its 186-page final report to the White House and disbanded on May 14, 1990.

In 1994, Congress enacted Public Law 103-433, directing the Secretary of the Interior to undertake a comprehensive program of studies on the heritage of the Lower Mississippi Delta to identify resources and recommend methods to preserve and interpret the natural, cultural and recreational resources of this region with economic development through enhanced tourism as the primary goal.

Section 1104 of the law calls for the Secretary of Interior to lead a group that will make recommendations to Congress to build and fund a Delta Region Native American Heritage Corridor and Cultural Center and a Delta Region African American Heritage Corridor and Cultural Center. To date, none of those recommendations have been fulfilled.