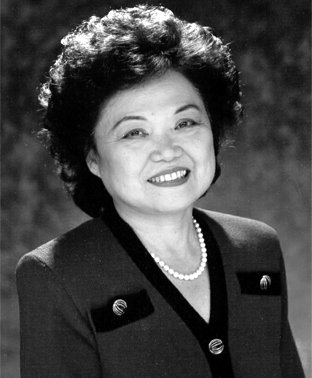 This Saturday marks the 40th anniversary of one of the most important pieces of legislation ever passed by Congress when it comes to women's athletics. On June 23, 1972, President Richard Nixon signed into law the Title IX Amendment--the Equal Opportunity in Education Act--of the Higher Education Act.

Mink was a third generation Japanese-American and, in 1971, became the first minority woman elected to Congress. She served six consecutive terms in the U.S. House of Representatives and helped build coalitions to get Title IX passed.

Without Title IX there would be no WNBA today, and the U.S. Women's Soccer Team wouldn't have captivated our attention last summer in the Women's World Cup. Women now have many more sports opportunities in high schools and colleges thanks to Title IX.

Updated June 21 to correct a typo.

The article states that she was the "principle" author of Title IX. Does this mean that she was only responsible for portions of the amendment dealing with principles? I wonder who the principal author was. Sorry--I couldn't resist.

No, it was a typo, which I'll get fixed. Thanks for pointing it out, and for the dose of snark. ;-)