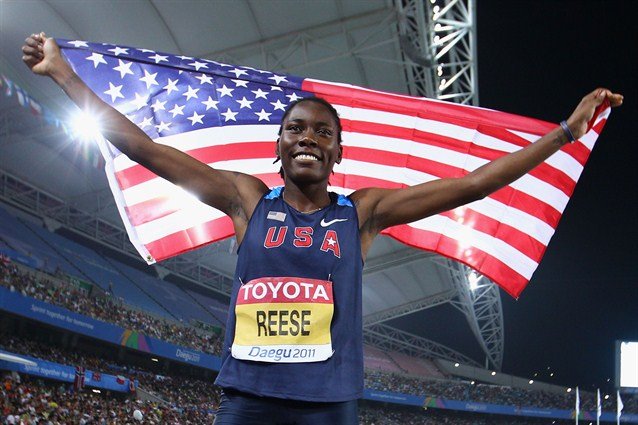 ORIGINAL STORY: Mississippians will have something to cheer about when track and field events start Friday, Aug. 3. There are six athletes competing--four men and two women--with ties to our state. Over the next several days, the Jackson Free Press will feature the Olympians with Mississippi ties.

Brittney Reese qualified for her second trip to the Olympic games by placing first in the Women's Long Jump at the U.S. Olympic Trials in Eugene, Ore. with a winning jump of 23 feet, 5.5 inches, the best in the world this year. Reese finished fifth her first time at the Olympics at the 2008 games in Beijing, China.

Born in Inglewood, Calif. in 1986, Reese competed while attending Gulfport High School and Gulf Coast Community College before moving on to the University of Mississippi, where she became the SEC Women's Field Athlete of the Year in 2007. She is the first Ole Miss athlete to compete in two Olympics.

Reese played basketball at Gulf Coast Community College before switching to track. She went pro in 2008, but continued taking classes and completed her degree at Ole Miss this past year.

Reese is the favorite to win the gold medal in the Women's Long Jump. She will begin competing Aug. 7 in the qualification rounds. Finals take place August 8.

NBC, MSNBC, CNBC, NBC Sports Network and Bravo are some of the television channels broadcasting Olympic coverage this year. Check your local listings.