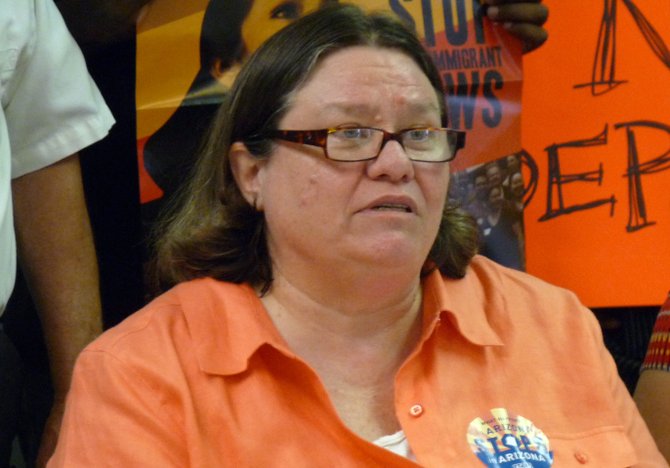 Bear Atwood is the legal director for the Mississippi ACLU. Photo by R.L. Nave.

Mississippi and other states that have enacted strict photo identification laws for voters say they will provide free IDs to citizens who need them, but a new study confirms that people face plenty of barriers to getting those "free" IDs.

The Challenge of Obtaining Voter Identification

Costs of obtaining supporting documentation and lack of transportation are among the major obstacles identified in "The Challenge of Obtaining Voter Identification," a Brennan Center for Justice at New York University School of Law study released this week. Those barriers may well prevent numerous potential voters from showing up at the polls.

In the 10 states that have voted for restrictive voting laws--including Mississippi--many citizens would have to travel long distances to receive a voter ID. An estimated 500,000 eligible voters do not have access to a vehicle and live 10 or more miles from the nearest ID issuing office. Voters in rural areas also have limited public transportation options.

"More than 1 million eligible voters in these states fall below the federal poverty line and live more than 10 miles from their nearest ID-issuing office open more than two days a week," the report states. "These voters may be particularly affected by the significant costs of the documentation required to obtain a photo ID."

With the state's population just shy of 3 million people, 1.6 million live in rural areas. To receive a free voter ID in Mississippi, people must travel to their nearest county courthouse. While the Mississippi Secretary of State's office has stated that, it "will also solicit free transportation to your county courthouse to anyone who needs transportation," it is unclear how the process works. Pamela Weaver, spokeswoman for the secretary of state's office, did not respond to telephone and email inquiries regarding the procedures.

To obtain a photo ID, one must provide a birth certificate. The Brennan Center reports that birth certificates can cost $8 to $25. In Mississippi, the cost is $15. In contrast, the report states, during the infamous poll-tax era, the cost was $10.64 in today's money.

"Married women who have changed their surname face an additional burden: They may need to present a marriage license with their current name to obtain a photo ID," the report states. "Only 48 percent of voting-age American women who have ready access to their birth certificate have their current name on it. ... Citizens born or married in another state may incur additional charges."

Limited business hours of offices issuing IDs are a problem for people in states with restrictive voter ID laws. In Sauk City, Wis., for example, the office only opens on the fifth Wednesday of each month. This year it will be open four days, one each in February, May, August and October, the only months this year with five Wednesdays. In many southern states, including Mississippi, offices are only open part time.

"Although Mississippi's restrictive law is not yet in force, citizens there without ID face a particularly perverse set of rules," the report states, calling it the Mississippi catch-22. "To secure government-issued photo ID, many voters will need a birth certificate. Yet the state requires a government-issued photo ID to obtain a certified copy of a birth certificate."

Due to the state's history of disenfranchising African American voters, the U.S. Department of Justice or a federal court must approve Mississippi's voter ID law before it can go into effect. To date, the state has not received a ruling.

Bear Atwood, legal director for the Mississippi ACLU, expressed her concerns earlier this month about the affects the state's voter ID law will have on some Mississippians.

"The voter ID law has two effects: One, it would disenfranchise certain voters in the state because there are so many people who cannot get access to photo IDs," she said. "And two, it would make people afraid to go out and vote because they would not have the required identification to vote. It would take us back to the days of poll taxes."