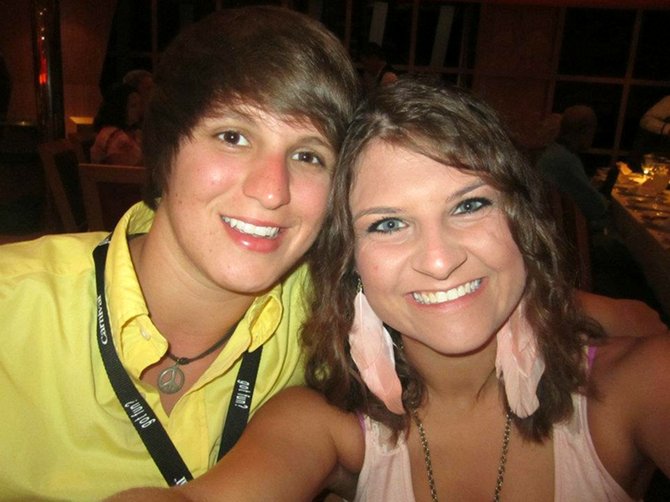 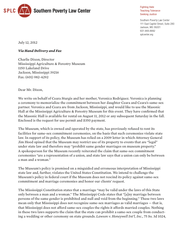 JACKSON — Ceara Sturgis and her partner, Emily Key, want to have their commitment ceremony at the Mississippi Museum of Agriculture and Forestry in Jackson, but the museum has a reputation for denying the grounds' use to same-sex couples. For straight couples, the matter of booking a ceremony at the Museum of Agriculture and Forestry would be a simple, boring task. For Sturgis and Emily, however, booking this event will be a great achievement.

“We’re excited to see what they say. Hopefully they’ll say ‘yes’, which is even more exciting. We want to celebrate our love with our friends and family," Sturgis told the Jackson Free Press this afternoon.

Sturgis, 21, fought a battle in 2009 to appear in her yearbook photo in a tuxedo instead of a scoop-neck drape. But her school, Wesson Attendance Center, refused to run the photo with the other seniors, although she appeared in other parts of the yearbook. Her story drew national attention after the Mississippi ACLU helped her challenge the decision.

Today, knowing that the museum is likely to deny the couple’s request to rent the facility, the Southern Poverty Law Center sent a letter on behalf of Sturgis to the state-owned Agriculture and Forestry Museum demanding that the anti-gay policy be repealed. The letter argues that denial would violate the Equal Protection Clause of the U.S. Constitution. 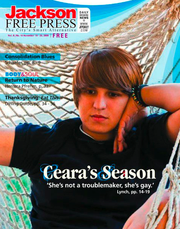 This 2009 cover story shows how supportive lesbian teen Ceara Sturgis' family was to her challenge to homophobia at her school.

Christine Sun, Sturgis’ attorney, will file a federal lawsuit if the request to use the grounds is denied.

“Whether or not Mississippi provides rights and protections to gay couples is completely different than whether or not gay couples have the same rights to rent out the facilities to celebrate their relationships before their family and friends," Sun said today.

Mississippi ACLU Legal Director Bear Atwood agrees: “It doesn’t make sense. What they’re saying is that someone shouldn’t be able to have a commitment ceremony because marriage is illegal. But they aren’t entering into any union that is not legal. There is nothing under Mississippi law that doesn’t allow this commitment ceremony.”

The museum directed calls about Sturgis' request to museum spokesman Andy Prosser, who was not available for comment today.

The SPLC letter to the museum quoted a museum spokesperson saying that commitment ceremonies between a couple of the same sex “are a representation of a union, and state law says that a union can only be between a man and a woman.”

“Mississippi is discriminating because they don’t like what (Ceara and her partner, Emily) want to do, so what they’re doing is a violation of their right to free speech," Atwood continued. “We absolutely offer support anytime we see government trying to regulate free speech. I am so excited that Ceara has decided to take this on.”

Sturgis’ mother, Veronica Rodriguez, offers her daughter full, loving support. “LGBT citizens are not second rate citizens," she told the Jackson Free Press today. “They love with their heart just the same way straight couples love with their heart, and (museum officials) need to look at the aspect of she’s a human being. Quit looking at it as same sex and look at is as a loving couple.”

“If we file a lawsuit we anticipate that we will prevail because the policy is clearly unconstitutional," Sun added. “So our hope is that our lawsuit will bring a big victory to the LGBT community.”