City: Nothing New on Farish 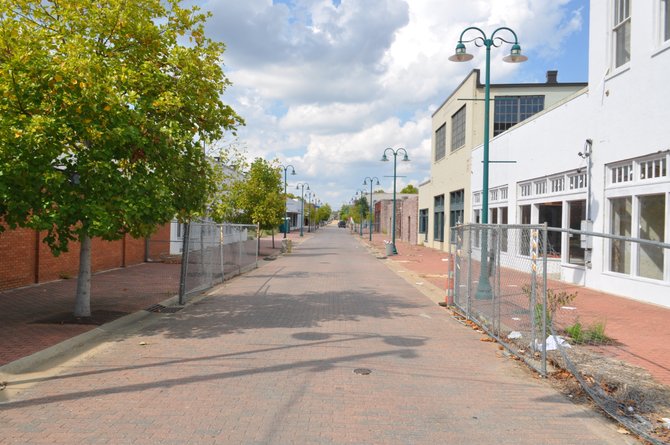 Despite developers’ predictions of having a club open by the end of the year, Farish Street looks much like it did at the start of 2012. Photo by Trip Burns.

Little has changed on Farish Street this year, despite developers' predictions this summer that they would have at least one club open on the street by the end of 2012.

Now some Jackson City Council members are ready to kick the Farish Street Group to the curb and look for a new developer.

Jason Goree, vice president of lead development company Watkins Development, told the City Council earlier this year that the company expected to close on $11 million worth of historic and new market tax credits by Oct. 31. Watkins Development planned to use those tax credits as collateral for a $10.2 million bond issue from the city, which would serve as the final funding for the first phase of the project.

The City Council would have to approve the bond issue once the tax credits were in place.

Mayor Harvey Johnson Jr. told the City Council Thursday that Watkins did not close on the tax credits from the National Historic Trust, though.

"To my knowledge, there is no work going on (on Farish Street)," Johnson said at the special council meeting.

Watkins Development has not responded to multiple phone calls from the Jackson Free Press since early November.

Councilwoman LaRita Cooper-Stokes, Ward 3, and Councilman Chokwe Lumumba, Ward 2, both said that they would like the Council to explore the possibility of finding a new lead developer for the project.

Johnson said that the city is not currently under any contract with the Farish Street Group. The developer is leasing the land from the Jackson Redevelopment Authority.

Watkins Development planned to use part of the bond issue from the city to complete phase one of the project, which included four entertainment venues on Farish Street. The other part would go toward completing the rest of the block between Amite and Griffith streets.

"This is very frustrating," Cooper-Stokes said after the meeting. "We're at the end of another year, and still no action has culminated into anything positive out there on Farish Street."