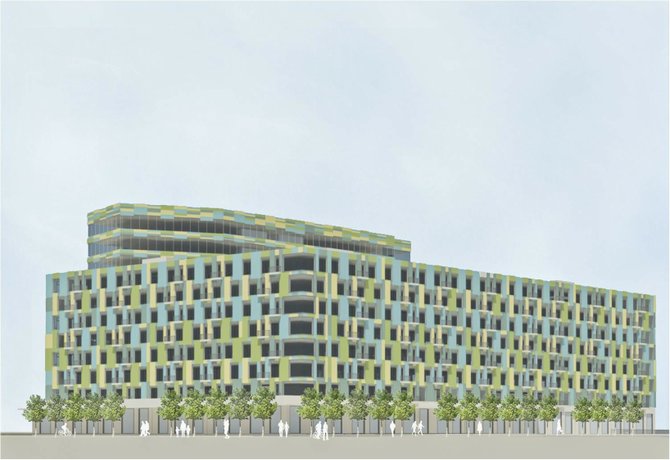 Full Spectrum South is looking for alternative funding for its planned parking garage after the Hinds County Board of Supervisors refused to request financing from the state in July. Photo by Courtesy Full Spectrum

Full Spectrum South is moving forward with its plans to build a mixed-use development downtown, despite the county refusing to help fund the project.

Yesterday, the company announced it has signed long-term leases with the state on the building that currently houses Hal & Mal's and a 2.74-acre tract of land behind that building where Full Spectrum plans to build 1822 Square, the first phase of the larger Old Capitol Green development plan.

Full Spectrum was seeking a $17-million bond issue to help fund a state-of-the-art automated parking garage. The developer plans to build the parking garage as the first piece of the development, and has hoped that the Hinds County Board of Supervisors would request the bond issue from the Mississippi Development Authority. The board voted against that request in July.

In 2009, the state Legislature passed Senate Bill 3281, which allowed the county to request up to $20 million in loans to fund the garage. The county refused, though, after Blake Wallace, executive director of the Hinds County Economic Development Authority, recommended the county not request funds due to what he saw as Full Spectrum's lack of financial strength.

"We're seeking other financing sources at this time," Shepherd told the Jackson Free Press. "This is a public-private partnership. We wanted to have that partnership with Hinds County." Shepherd said she was unsure what sources Full Spectrum's finance team is approaching.

The city and the Jackson Redevelopment Authority have shown support for the project. The JRA has agreed to purchase the parking garage from Full Spectrum after it has been in operation for seven years.

Mayor Harvey Johnson has agreed to work with Full Spectrum on the development's needs for infrastructure improvements.

Shepherd said Hal & Mal's is now renting the building it occupies on Commerce Street from Full Spectrum. The developer plans to make improvements to the building, she said.

1822 Square is a $83.7-million development plan that includes a 480-space parking garage, 130 residential housing units, 88,000 square feet of office space and 57,500 square feet of retail space. The plans for the parking garage feature robot-guided platforms that take vehicles from the entrance to parking spaces and back. Drivers would not enter the garage, eliminating the need to power lights in the garage and the threat of crime taking place there.