City Not Liable for Contractor Suits 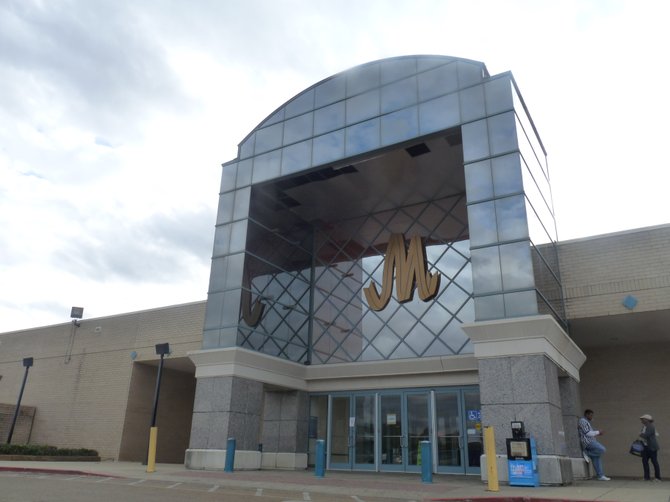 MetroCenter developers Retro Metro say they'll have the former Belk building ready for the city to move in by Sept. 30. Photo by Courtesy Ward Schaefer

JACKSON — The city made one thing clear Monday: It will not pay for developers' mistakes.

Watkins Development, which renovated the King Edward Hotel, is reportedly facing three lawsuits from subcontractors, including Design Interiors, which says Watkins has not paid the company for work at MetroCenter Mall, WJTV reported last week. JFP left messages to confirm the reports at Watkins Development, but calls had not been returned the by press time.

David Watkins and his partners at Watkins Development signed a disassociation agreement with the remaining partners in Retro Metro, meaning the two groups are no longer associated with each other. Retro Metro is a group that is renovating the former Belk building at MetroCenter to accommodate several departments of the City of Jackson. Watkins resigned from the project to focus on the Farish Street Entertainment District project, which he heads, Retro Metro partner Leroy Walker told the Jackson City Council.

The city council and Jackson Mayor Harvey Johnson Jr. met with Walker and Socrates Garrett, two of the three remaining partners in the MetroCenter project, Monday at City Hall. Council members showed concern that the lawsuits could have financial consequences for the city.

City Attorney Pieter Teeuwissen assured the council that the city is not liable for any legal actions against Watkins.

"Whatever problems Mr. Watkins has, those are his problems," Teeuwissen said. "We do not stand behind him. We do not have any obligation to pay any lawsuits that he may be involved in. Does that get it? We're not paying for his mistakes."

Teeuwissen said that as of Monday, no one had notified his office about any claims against the city. Ward 2 Councilman Chokwe Lumumba asked Teeuwissen if he saw any possible legal claims related to the MetroCenter project coming in the future.

"I do see something on the horizon, but it would be from the city taking legal action, not legal action against the city," Teeuwissen said. "Hopefully with Mr. Walker, Mr. (Howard) Catchings and Mr. Garrett, who are three respected businessmen in this community, taking over this project, hopefully we won't have to have any litigation whatsoever."

Garrett said that all subcontractors he and his partners hired for the project are still under contract with Garrett Enterprises.

"It is our intention to make absolutely certain that these subcontractors are made whole," Garrett told the council. "We give the opportunity to get that done to Mr. Watkins, but not the responsibility and accountability for getting it done. It's calculated in our finance model."

Retro Metro has the financial ability to fulfill all subcontracts, Garrett said. Once the city moves into the building and begins paying rent, the company will also have the funds needed to make payments on the $5.1 million bond and $200,000 loan they received to complete the work on the building. That should keep anyone from being able to put a lien on the building.

The building will be ready for one department to move in by Aug. 31, Walker said. If the city chooses, they can begin moving departments there in phases, with the final moves completed by Sept. 30.

Ward 5 Councilman Charles Tillman said he does not think the city should pay a penny in rent to Retro Metro until the entire move is completed. So far, the city has paid $50,000 toward the project, to upgrade technological aspects of the building.

Six city departments--including human and cultural services, water and sewer, and parks and recreation--will move from the Atmos building on West Capitol Street into MetroCenter. Developers were originally supposed to finish the project, which officially began with a ceremony in April 2011, in October of last year.

Council President Tony Yarber called a special council meeting for 10 a.m. Wednesday at the Belk building at MetroCenter, so that Retro Metro can show council members exactly where the city's money has gone.