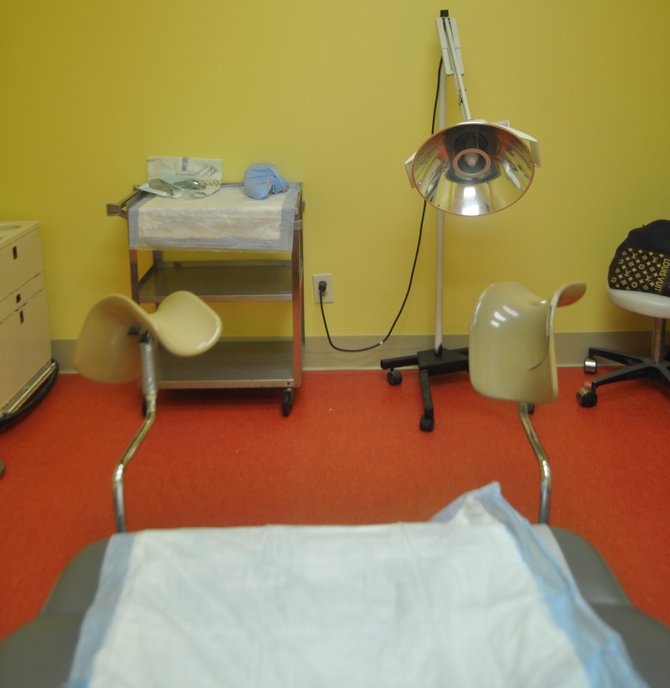 A view from inside the Jackson Women's Health Organization—the state's only remaining abortion clinic. Photo by Trip Burns.