The Ones They Haven't Made, Yet | Jackson Free Press | Jackson, MS

The Ones They Haven't Made, Yet 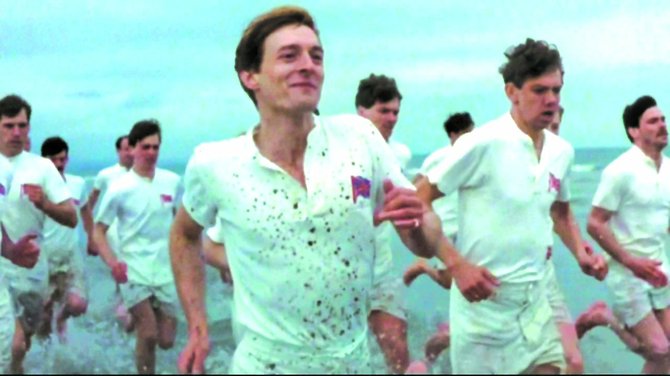 Nigel Havers played Lord Andrew Lindsay in what many believe is the best film about Olympic athletes: 1981's "Chariots of Fire."

Proclamation No. 1: Brits live and breathe pomp and ceremony, so no one can out-showman the ring master of the empire.

Proclamation No. 2: The human spirit and its many diverse reiterations has never leveled off. It goes soaring from the industrial revolution to national health care to the creation of the Internet. Flights of fancy included Her Majesty the Queen and James Bond (aka Daniel Craig) hopping off a hovercraft into the Olympic stadium, hearing-impaired children singing the British national anthem and former Beatle Paul McCarthy singing "Hey Jude" with a warm warble. My favorite part was the audience singing "Hey Jude" back at him.

No matter what you may have thought of the 2012 opening ceremonies, no matter how you compared 2012 to the 2008 Beijing ceremonies where masses put aside their individuality to move in harmonized synchronization, Boyle's vision captured the audacity and courage of human individuality. Not many Olympic movies have done as much to inspire as Boyle has with the recent opening ceremonies.

The best Olympic-themed movie made to date is the story of two athletes from the 1924 Olympics: One is Eric Liddell (Ian Charleson), a devout Christian, and the other Harold Abrahams (Ben Cross), a Jew. They compete for different reasons and have their own hurdles to overcome. "Chariots of Fire," based on true facts and accompanied by Vangelis' iconic score, takes gold in the genre of inspiration films. It won four Academy Awards, including Best Picture.

Other noteworthy movies on Olympic runners include "Without Limits," a film on the great Steve Prefontaine who competed at the 1972 Munich games, and "Running Brave," which tells the story of Billy Mills and his unexpected win of the 10,000-meter competition at the 1964 Tokyo games.

One film that is particularly dear to me is "Miracle," a compelling story on the USA hockey team win at the 1980 Lake Placid games. We all have our favorite events, and I dare say our parents sometimes influence those preferences. My Montreal-born mother loves hockey, and in 1980, my eyes were glued to the TV set when the U.S. hockey team beat the professional Russian team. (I also lived in the Minnesota Iron Range where a good chunk of the U.S. team came from.) The success of that team was a miracle, and this film brings it altogether as if it just happened yesterday.

Skating past the dramas and into the comedies is "Blades of Glory," starring Will Ferrell and Jon Heder as two Olympic male figure skaters banned from individual competition. Through a loophole in the rules, they pair together as the first male-male team in competitive figure skating. This film brings down solid gold buckets of laughter.

Given the paucity of Olympic-themed movies, I offer the following suggestions on movies that would capture the Olympic spirit (and certainly our imaginations).

• "The Jesse Owens Blitzkrieg": While there is a TV movie called "The Jesse Owens Story," a new, high-production film with great writing and a foiled Nazi sub-plot has Oscar potential. It also offers an opportunity for a hot new talent to get into Jesse's shoes.

• "The Perfect 10": At the 1976 Montreal Olympics, Romanian gymnast Nadia Comaneci, only 14 years old, received a 10 out of 10 for her brilliant performance on the uneven bars. This was a first for modern Olympic gymnastics. Nadia went on to earn six more 10s on a journey that led to her capturing the all-around title, along with best in beam and bars and a bronze medal for floor exercise.

• "Nadia vs. Olga": Russian gymnast Olga Korbut, who pre-dates the cutie pie Mary Lou Retton, won America's hearts with her pigtails and smile. In this film, I envision a slightly different gymnastics story where an aging teenaged Olga suffers through the perfect Nadia.

• "The Queen Bonds with Bond": I would love to see a documentary exploring how Boyle got the Queen to participate in the Bond episode of the opening ceremonies.

You may have your own ideas, but that's the brilliance of the Olympics; it pushes boundaries.