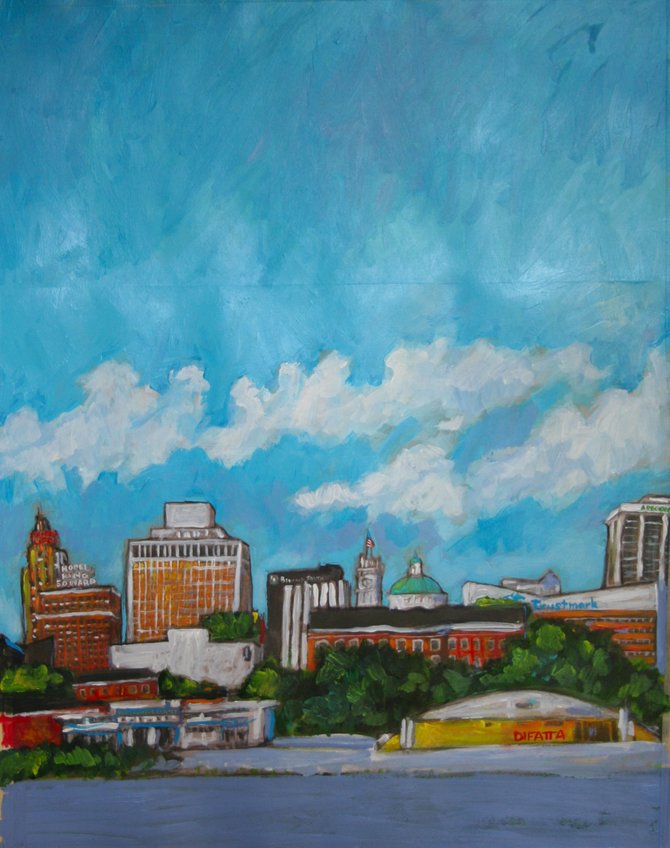 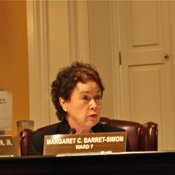 Ward 7 Councilwoman Margaret Barrett-Simon made it clear the motion to move on the Fortification Street project was her, not Ward 6 Councilman Tony Yarber's.

The City Council approved a contract with Hemphill Construction Tuesday night for an $8.9 million Fortification Street makeover. The contract now goes to the Mississippi Department of Transportation for approval.

If approved by MDOT, the city expects construction to begin in late May. The project will improve 1.2 miles of Fortification Street from Greymont Avenue to Farish Street.

The plans include repaving the street and converting the stretch from Greymont Avenue to Jefferson Street from four lanes to three, with a dedicated turn lane in the center. The conversion will make room for new, ADA-compliant sidewalks along the entire 1.2 mile stretch.

"It's going to make that area of Fortification much more pedestrian-friendly, slow down traffic (and) also give those businesses a clear turning lane," said Chris Mims, director of communications for the mayor's office.

The project will also include six new traffic signals, traffic monitoring cameras and supporting fiber-optic cables, decorative light fixtures along either side of the street, new streets signs and relocation of all overhead utility lines to an underground vault. The renovation will also include a 24-inch water main on Jefferson Street to replace one of the oldest mains in the city.

Ward 7 Councilwoman Margaret Barrett-Simon has pushed for the project, which is in her ward, for years. When it was announced at City Hall, Ward 6 Councilman Tony Yarber tried to take to the right to move that Barrett-Simon knew she'd earned.

"No you can't," Barrett-Simon quickly replied, creating a roar of laughter in the council chambers.

"So moved," she said. "This is a historic day, and I am so happy to see this item before us. I thank every one of you who had anything to do with it, including my colleagues who've helped push hard--including Mr. Yarber who is going to cut yards for me to help meet with the funding, because he's so distressed about the condition of the street. This is an important project for our city, and I'm very pleased to see it before us today."

City, state and federal funds will help cover the $8.9 million project. About $2 million will come from a state Economic Development Highway grant, and the city will cover between 20 percent and 25 percent of the total cost, Mayor Harvey Johnson Jr. said.

The council approved the contract by a vote of 5-1. Ward 3 Councilwoman LaRita Cooper-Stokes was the only dissenting vote. Ward 1 Councilman Quentin Whitwell had left the chambers before the vote to attend his daughter's musical performance.