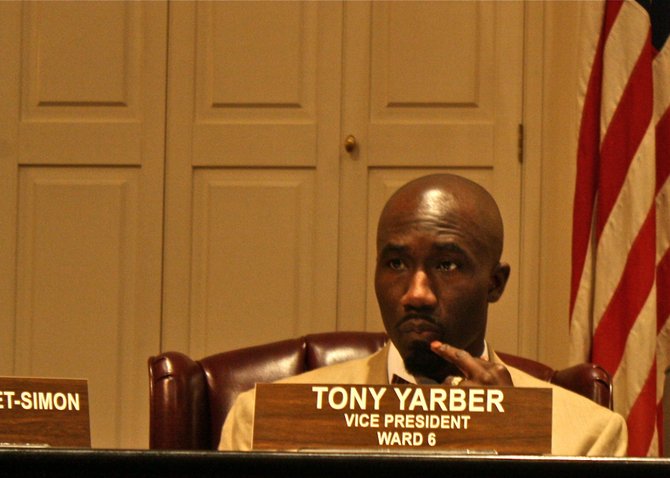 Two Jackson City Council members said they will not approve a $1 increase in taxi-cab fares unless mandatory training is implemented for drivers.

Margaret Barrett-Simon of Ward 7 and Quentin Whitwell of Ward 1 agreed at today's work session to collaborate on getting an amendment to the proposed fare increase written by tomorrow's 10 a.m. regular council meeting that will require taxi drivers to get training and possibly require drivers to wear uniforms.

Whitwell said his main concern was drivers who speak badly of Jackson to patrons.

"I get reports on about a weekly basis from clients who fly in here and take cabs from Jackson Airport into Jackson. And (drivers) have made off-handed statements to them about they better not leave their hotel or they'll get shot," Whitwell said. "It's an absolute embarrassment to a city that's worked so hard to build what it's built downtown. I just have a hard time expanding cab fares when we can't even get any cooperation out of them."

Ward 6 Councilman Tony Yarber said the plan was to go through with the rate-hiking proposal and to revisit the idea of mandatory training after the city's legal department had time to draft an amendment, which would take about one month.

"I wish we would do that together, at the same time," Whitwell said.

Barrett-Simon said she agreed with Whitwell that the rate increase and training should be addressed at the same time.

"I went along with it to get it out of committee, but I did feel that was the leverage we had," Barrett-Simon said. She then told Whitwell that she would be happy to help him draft an amendment by tomorrow.

Barrett-Simon also expressed concerns that several taxi companies do not have vehicles that meet standards set by the Americans with Disabilities Act.

"Compliance with the ADA doesn't apply to taxi cabs, even though it is public transportation, just like buses," Barrett-Simon said. Taxis do not have to meet the same regulations as buses because they do not receive federal funding.

Barrett-Simon said she would like to see the city require any taxi service requesting licensing to have at least one ADA-compliant vehicle.

Requiring such a compliance could kill small businesses, though, Yarber said. Many taxi companies operate with only one or two vehicles, and cannot afford to purchase a ADA-approved vehicle.

The council is not likely to vote on an amendment for ADA approval this week.