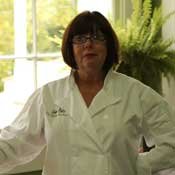 Regina Charboneau has returned to Natchez after 20 years honing her culinary skills.

With centuries of history, stories and legends, the stately antebellum homes and ageless oaks of Natchez create a wonderland of southern romanticism. Situated in the middle of it all is the bed and breakfast Twin Oaks (71 Homochitto St., Natchez, 601-445-0038) a classic Greek Revival home. It's there that Regina Charboneau, a seventh-generation Natchezian hangs her hat.

Like her B&B, Charboneau is full of fascinating stories. After carving a path from Natchez to the wilds of Alaska to La Varenne culinary school in Paris, she opened her own San Francisco restaurants and made stops in Minneapolis, Minn., and New York City for good measure. Charboneau has solidified herself as a revered name in the American culinary landscape.

With Alaska, Paris, San Francisco, Natchez and Minneapolis in your background, how would you describe your cooking style?
My cooking style was really developed and solidified in San Francisco. I would call it contemporary southern cooking because I always came back to the ingredients I grew up with, like crawfish, shrimp, corn, wild rice, eggplant and artichokes. I may put a more modern twist on them than what I grew up with, but I started finding that I didn't want to do the same as everyone else in San Francisco.

Would you say that cooking has opened a lot of doors for you?
Yes. It's given me opportunities to meet people like Walter Cronkite and have personal discussions with him. Not only have I met celebrities like Shirley MacLaine, Bob Hope (and) Lily Tomlin but also chefs like Thomas Keller. Name a chef, and I know them at least on a professional level. I wasn't looking for these opportunities, but my restaurant, Regina's at the Regis (in San Francisco), brought them in. Through food, these people came into my restaurant, and coming into my restaurant was like coming into my home. I was not just a chef stuck in the kitchen. I worked every table, and I talked to every guest.

Were there any examples of gender bias that you had to overcome in the culinary world?
There definitely were, and I have a few examples. In the culinary field, especially in Europe, it was totally male-dominated. I had one bad experience at Oxford University. There were several chefs invited, and I was invited to talk about American southern cuisine. We had several events, and almost immediately, I felt very isolated, like no one would sit with me or spend time with me. But the real example was with the taping of our segments. As a courtesy, we were going to each person's taping, but when it came for mine, no one came, and I really got mad, and I left. I complained to everyone that put it together. Looking back, it was really interesting, and I think everyone in life should experience that feeling of being shunned, because it will make you think twice about not being all-inclusive.

The Monterey Bay Aquarium awarded you the "Cooking for Solutions" award for your advocacy in sustainable seafood. How did you come to be such an advocate for that cause?
My father (a Louisiana cook) was always seeking the best ingredients, and I got that from him. But being in Alaska, I had the opportunity to experience the freshest seafood possible. That and having a love of being by the water kept me yearning for the best product. But seeing how the popularity of something like redfish or Chilean sea bass has decimated the population helped form my opinion.

Does your advocacy for seafood carry over into advocacy for healthy food and organics?
I'm for organic for lots of reasons, but one is the prevalence of cancer in my family. I know there are some genetic (causes), but there are also some environmental issues. I love organic because I think of not using chemicals. Also, if you look at the dead zone in the gulf, it's largely a result of the nitrogen runoff from agricultural chemicals.

Through your cookbooks and your articles in The Atlantic Monthly, which is your favorite recipe?
My eggplant stuffed with crab meat and my meatloaf, but I got more comments on my meatloaf sandwich article than anything else.

Heat the bacon grease over high heat for one minute or until it just begins to smoke. You want the bacon grease hot enough to sear the salmon. Place salmon top-side down for one minute, then turn to other side. The salmon should be crusty on the outside but moist on the inside. Continue this until you have the salmon cooked to your liking, although three minutes is usually perfect.

For the vinaigrette, add the ingredients in a blender, and blend until smooth. Place salmon on a bed of greens, drizzle vinaigrette and garnish with crisp bacon.