Polk Wants a Do Over | Jackson Free Press | Jackson, MS

Polk Wants a Do Over 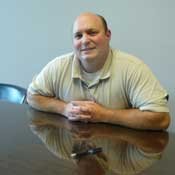 Brad Oberhousen is the Democratic candidate for the District 73 Mississippi House of Representatives seat.

Hinds County residents who voted in Terry's Dry Grove precinct Aug. 2 may need to return to the polls to vote again for a Democratic candidate for the District 73 Mississippi House of Representatives seat.

Gay Polk ran for the seat, but official totals show that she lost to her opponent Brad Oberhousen by just 90 votes. The Democratic Executive Committee certified the final results showing Oberhousen received 2,103 votes, or 51.09 percent, to Polk's 2,013, or 48.91 percent.

Polk filed a formal election challenge last month after reports surfaced that she had been left off the ballot at the Wynndale and Dry Grove precincts.

Polk hopes that a letter she and the Hinds County Democratic Executive Committee received from Hinds County Election Commissioner Connie Cochran will move her case forward.

"It's up to the party to give these voters the opportunity to vote," Polk said. "If the party does not call for a re-vote in Dry Grove, ... I have no other avenues then seek a court opinion."

She added later, "The only way to take care of the mess is to at least have these 162 people re-vote in the proper district. That's the logical thing."

That decision is now up the Hinds County Election Commission.

"It's in process, and we can't comment on what could be pending legislation, but the process is working," Hinds County Democratic Executive Committee Chairman Claude McInnis said last week.

Polk, 61, has lived in Terry for 25 years and worked as an administrator and nurse at her husband Dr. James D. Polk's primary family-care clinic in Richland. Four years ago, the couple sold the clinic, and Gay Polk started a second career as a real estate agent.

Polk said that she is worried about the cost of challenging the election if she decides to take the issue to court.

The Terry resident said he will continue  to campaign for the Nov. 8 election.

"It would be helpful if you could redraw all the legislative lines to coincide with each different precinct, but these districts are based on population, and I don't know if it's possible to not have split precincts," Oberhousen said.

"They are all over the state. But it would definitely be easier if you could cut out split precincts."