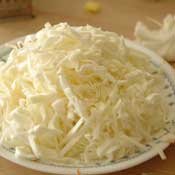 I come from a frugal family. Jan, my stepmother, saves everything that can be re-used—seriously, everything. When Jan and my father moved a few years ago, my father put his foot down and said there was no way he was moving used Ziploc bags or twisty ties across the country. Ditto for the large collection of soy-sauce packets from their local Chinese restaurant. Jan didn't mind much; she already had collections started at their house in Minnesota. The fact that she even considered it, though, shows exactly how frugal she is.

I know she has little notes for me saying, "Save this; it will be valuable someday" in all sorts of boxes of junk in her basement. If plastic sour-cream containers or used wrapping paper ever become valuable, I will one day retire a millionaire.

Jan isn't the only one. My momma is prone to "rescuing" items from the trash. I grew up in a house filled with mannequin parts. We had an almost leafless fake palm tree once as a Christmas tree, and at another time a broken crab trap. Most of her finds followed a set path: garbage, Momma's van, front room, store room and, finally, back to the curb.

I also married into a frugal family. Ann, my mother-in-law whom I love dearly, claims that she "tricks" the cat every day. Her cat is a picky eater and will only eat cat food that's straight out of the bag; the cat has to see it being put into the bowl or it doesn't get eaten. Ann combats this by putting any leftover cat food back into the bag and pouring it "fresh" the next day.

This in no way compares to my father-in-law, however. He squeezes leftover ketchup packets into the ketchup bottle and jelly packets into the jelly jar in the fridge. He saves money by his weekly thrift-store shopping route where he always finds great bargains. He recently bought two bikes for my daughter from Goodwill. One was for her to ride, and the other he purchased simply for its reflectors. His bargain hunting is like my Hudson's Salvage problem; it's always "look how much I saved" without considering whether I needed the item in the first place. (We needed the bike! Thank you!)

With this lineage, it's no surprise that I am cheap. I love digging through bins at Hudson's, the shelves at Big Lots or the sale racks at Belk's. I, too, save things. I have a closet full of used gift bags and a shelf in the kitchen dedicated to empty jars. I also collect anything that I might use in my classroom. Apparently, my students need Styrofoam packaging, old game pieces, and lots and lots of straws.

Keeping with my frugal roots, I try to feed my family well but as cheaply as possible. This isn't a problem when it's just my husband, my daughter and me. It is a concern, however, when helping cook for my husband's family (think "My Big Fat Greek Wedding" with a southern drawl).

For our last gathering, I decided that coleslaw would be the most economical item to make. This would make perfect sense if I actually liked coleslaw, but I don't. In fact, the only times I remember purposefully eating it was on pulled pork sandwiches at Gridley's, which shows how long it's been. Then, last summer, my stepmother, Jan, served up a new slaw recipe. Hers isn't the typical mayo and cabbage slaw. It's a cool, sweet-and-sour mix of cabbage, ramen noodles and almonds. The tang of the sugar and vinegar blends with the soy sauce to build a deep, hearty flavor. The cabbage combined with the almonds and noodles creates a mixture of textures that crunch with every bite.

I couldn't remember the recipe before the family get-together, so I winged it. I added more veggies and left a few spices out. The dish got five stars from everyone, including the 7-year-old who subsists primarily on Pop-Tarts and cereal. This slaw is not only a tasty crowd-pleaser, but it's incredibly cheap. I mean, what's cheaper than cabbage and ramen noodles?

6 cups thinly sliced cabbage (or one 10-ounce package of finely sliced cabbage if you want to be lazy)
12-ounce package "rainbow mix" slaw (a combo of sliced broccoli, carrots, cauliflower and red cabbage)
1/2 to 1 cup slivered almonds
1 bunch green onions including the tops, thinly sliced
2 tablespoons butter or margarine
1 to 2 packages ramen noodles (You will not need the flavoring packets from the ramen noodles; save them to use later.)
1/4 cup olive or canola oil
1/4 cup plus 1 tablespoon red
wine vinegar
3 to 4 tablespoons sugar
4 tablespoons soy sauce
1 large jar with a lid, which of course you kept from the last time you had spaghetti.

Toss cabbage, rainbow-mix veggies and onions in a large bowl.

In a small skillet, brown almonds in butter or margarine. Add to the veggies when cool.

While waiting for the almonds to cool, put oil, red wine vinegar, sugar and soy sauce into the large lidded jar. Shake until sugar has dissolved. Pour emulsion over the veggies and mix until dressing is distributed evenly.

Chill in fridge for at least an hour. Right before serving, crumble up the ramen noodles and mix into the slaw.

Budget-Friendly Meal Ideas
What's a hungry person to do when both budget and belly are low? We asked friends on Facebook and Twitter and got these suggestions from penny pinchers who still enjoy rich and delicious food:

"Black beans over brown rice is delicious and cheap! Add cumin and onions with a little bit of fire (I use jalapeño peppers)."

"Chili, of course! Few dollars in ingredients, put in slow cooker—voila, several nights worth
of meals."

"This time of year calls for my dad's simple but delicious vegetable soup. Simple, tomato-based soup with mixed veggies, tomatoes and seasonings. And Dad's cornbread or Lisa's broccoli cornbread on side."

"Pita bread pizza! I can eat these almost every night. You can add whatever toppings you have on hand. Pita bread, tomato sauce, onions, and sautéed sliced cabbage with mustard and a sprinkle of sugar. Sounds weird, but it's a winner at my house!"

"Chili tacos! Don't knock it until you try it. You can make your chili from scratch for more mouths, but a box of taco shells, lettuce and can of your choice of chili is all you need."

"I do a lot of vegetables. You can leave a farmer's market with a bag full of stuff for around $3 to $5. My favorite combination is roasted potatoes and carrots with olive oil, salt, pepper and oregano."