Judge Rules in Favor of Revote for District 73 Race 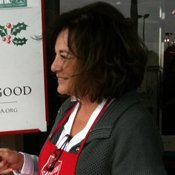 A judge ruled in favor of District 73 candidate Gay Polk's challenge in the Aug. 2 Democratic primary. Terry's Dry Grove precinct will have a revote on Oct. 18.

A judge has ruled in favor of a revote in Terry's Dry Grove Precinct for the Democratic candidates in the Mississippi House of Representative's District 73 race.

Gay Polk ran for the seat, but official totals show that she lost to her opponent Brad Oberhousen by just 90 votes. The Democratic Executive Committee certified the final results showing Oberhousen received 2,103 votes, or 51.09 percent, to Polk's 2,013, or 48.91 percent.   Polk filed a formal election challenge in August after reports surfaced that she had been left off the ballot at the Wynndale and Dry Grove precincts. Yesterday, Leak eCircuit Court Judge Vernon Cotton, whom the Mississippi Supreme Court appointed to oversee the Hinds County election dispute, ruled in favor of Polk.

Anyone who voted in the Aug. 2 Democratic primary can cast their vote again Oct. 18. Polk needs approximately 112 votes to be named the democratic challenger against Republican incumbent Jim Ellington in the Nov. 8 general election.

Polk said she has continued to campaign and inform voters about her platform despite unknowns of the election.

"I have worked diligently everyday since the election for this to be corrected so I have not been in limbo," she said. I have talked to voters in all precincts not only in the dry grove precinct."

Oberhousen said he is disappointed about the ruling but will continue to gather support from voters.

"The judge did what we thought was fair and we have got to move forward with campaigning to get this people out to revote on Oct. 18," he said. I believe it is going to be difficult to get people out for this race since there is a general election on Nov. 8."

Also see: Polk Wants Do Over