Basic Pop in a Hissing Bubble 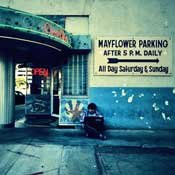 Dead Gaze is a pop band hiding under a pile of hiss and distortion. The brainchild of 27-year-old guitarist and singer Cole Furlow, the Oxford-based group employs fractured-sounding guitars, distorted vocals and countless swirling synthesizer sounds on its recordings. It's a psychedelic-influenced sound that evokes memories of the Flaming Lips. Despite the band's dense sound, Furlow sees his music as part of the pop-music continuum.

"If you take everything away and play them on piano or guitar, they're just basic pop songs," he says.

Furlow grew up in Jackson in a home filled with music. His father, a band director at Copiah-Lincoln Community College, never pushed him into playing an instrument, but made sure that he had thorough exposure to rock. "He fed me a lot of records when I was younger," Furlow says. "I heard The Beatles and Jimi Hendrix by the time I was 5."

He eventually took piano lessons.Music was important in his life, but music was not his life's passion until he heard Nirvana. "Once I heard Nirvana, I was never the same," he says. Furlow recognized Kurt Cobain's ties to traditional pop songwriting while taking things in a new direction. "(I realized) you can make pop music that's hard," he says.

Furlow began getting together with friends to play Nirvana and Beatles songs when he was 12. By the time he was 15, he was playing guitar in The Dust Band, a group that included some of Furlow's classmates at Jackson Prep. They played classic-rock standards from groups like the Allman Brothers and played at Jubilee!JAM and other community events around Jackson.

The guitarist went to Ole Miss for college, but later transferred to Delta State for the then-fledgling Delta Music Institute program. DMI focuses on commercial music-related skills like audio engineering, coursework that Furlow put to use. "I learned a lot about the way recordings are made," he says. "It was a great kickstart."

Furlow was an active performer during his time in the Delta. Following up on an obsession with hill-country blues, he formed Boy Scout Knife, a two piece blues, garage band with drummer Marlow Durrough, son of legendary Delta guitarist Duff Durrough. While they played at clubs in the region, Furlow especially enjoyed playing house shows at Delta State. "The Delta has such an amazing DIY scene," he says. "There's not much there (to do), so they make something."

Following a short stint in California after graduation, Furlow returned to Jackson in 2008 and began making home recordings that morphed into Dead Gaze. It gradually expanded to a five-piece group, including Jimmy Cajoleas on guitar, Jim Henegan on bass, Martin Powell on synthesizer, and Alex Warren on drums or Len Clark to fill in when Warren is not available.

Members' schedules often make it difficult to set up shows. Because of this, Furlow occasionally performs with a smaller line up or by himself with a drum machine. "I would rather it be the big band, but if they can't make it, I'm still going to go on."

Dead Gaze has slowly gathered attention from music fans around the country through sharing songs on music blogs. While some musicians rankle when critics and fans compare their music to others, Furlow wears his influences proudly. "I'm a big fan of musicians letting their influences kind of fly out of them," he said. "If you have some sort of influence, don't be afraid to let it shine."

This January, Furlow moved to Oxford where he is part of the Cats Purring collective, a group of bands working together to promote themselves and push each other to create new work. Many of the members live in a sprawling house called the Dude Ranch on the outskirts of Oxford where they rehearse, record and occasionally host shows. Those who live there include John Barrett of Bass Drum of Death, Dent May, Tom Cooper of Gray Things and Len Clark, formerly of Colour Revolt.

The latest Dead Gaze project is a full-length album that the band recently recorded in Oxford at Sweet Tea Studios. The process was hectic and involved. Despite the strains of this work, Furlow takes it all on. "At the end of the day, it always comes back to me."