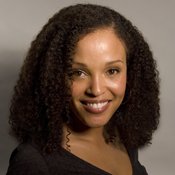 Jesmyn Ward didn't intend to be in southern Mississippi when Katrina hit in late August 2005. In fact, she was just on her way back to grad school in Michigan as the storm approached. "I just thought, 'Oh, well, I'll just stay until the hurricane passes, and I'll go back home,'" she told the Jackson Free Press in September.

What happened to Ward's hometown of DeLisle--a poor, predominantly African American community on the backside of Pass Christian--and the rest of the Mississippi Gulf Coast was crippling destruction. Mulling over her experiences with the hurricane months later, Ward wrote "Salvage the Bones" (Bloomsbury USA, 2011, $24), which won the 2011 National Book Award in fiction this week.

"Salvage the Bones" chronicles the lives of a family struggling to survive the days leading up to, during and after Katrina in the fictional Mississippi town of Bois Sauvage. As the hurricane swirls closer, 14-year-old Esch and her brothers stumble to prepare for the storm, all while dealing with issues of teen pregnancy and small-town Mississippi life.

"There was a lot about what happened during Katrina that people wouldn't believe if they hadn't lived through it," Ward said. " I just wanted to convey some of that and do it as well, and as clearly and as strongly as possible."

Getting closer to her roots, Ward now resides again in south Mississippi and is an assistant professor at the University of South Alabama.