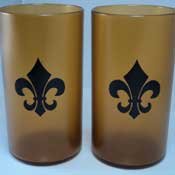 When my brother-in-law, Mark, and his wife, Cathryn, were looking for a house a few years back, he knew that she would decorate it as she saw fit. Fortunately, the house they wanted to buy also had a 23-by-11-foot workshop that Mark instantly claimed like an explorer planting his flag on new territory. Mark and Cathryn got the house, and laid plans for Mark to have a man cave.

I am not sure when the phrase "man cave" came into use, but it has become popular for men to want a place of "manness" in their home. The man cave has become a real-life version of Superman's fortress of solitude.

Many men use their man cave as their personal space. They can do anything, say anything and decorate it their way. The popularity of the man cave has spawned websites and a TV show on the DIY network.

Mark likes his man cave simple. Plain white walls and a floor covered with dirty-looking tiles cover the floor. A workspace takes up a quarter of the man cave. Pegboards line one end of the man cave so that he can hang his tools. In this space, Mark works on his motorcycle, rebuilds computers and tinkers around.

The other three-quarters of the room is set up for entertainment. Mark has an entertainment center-like setup with a big TV on a stand with a surround-sound system on a shelf above it. It is here where Mark can watch his beloved LSU Tigers and New Orleans Saints, stream movies on his X-Box, play video games, surf the net or just relax. Heat or cold doesn't keep Mark from his man-oasis because the man cave has a built-in air conditioner and a space heater that he added in.

"You don't have to spend a lot of money to have a man cave," Mark explains. "The furniture, TV and table were all things other people didn't want."

Mark likes to invite friends over to watch sports. On many occasions, I have come over for LSU against Florida. Mark drags up his grill and fills a cooler with our favorite beverages. We eat, drink and are allowed to smoke while we watch the game. Mark lets his dog join us sometimes when we are not eating.

The man cave has become the home sanctuary for men. It is a place for us to be ourselves without upsetting our wives.