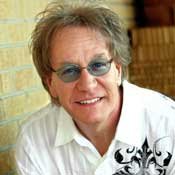 Larry Brewer plays a number of area venues in November.

If you've lived in the metro area for at least six months, then more than likely you've seen local singer/songwriter Larry Brewer's name pop up frequently in the JFP's music listings.

Not only is Brewer extraordinarily talented, he is one of the sweetest guys you will ever meet. (He played at my first Singers/Songwriters Night with Hunter Gibson.)

Brewer has had great success in the area, releasing three solo records ("Traveling at the Speed of Life," "World Going Crazy" and "Lucky Ever After"), as well as performing as the lead singer for regional rock band The Windows in the 1980s. The Windows began in 1987 in Memphis, and Brewer's song "Motorcar" became one of the most requested songs in the South, with heavy rotation on local station Z106 (tuned in Sundays, because they always play it then.) The Windows opened for acts such as Hall and Oates, The Beach Boys, Kansas, Peter Frampton, Badfinger and Jefferson Starship.

Since the band broke up in 1995, Brewer has had a lucrative solo career. He performed at the Mississippi Grammy event along with B.B. King this past summer in Biloxi and also performed at this year's Storyteller's Ball, which benefited the Greater Jackson Arts Council. Brewer's song "Brand New Revolution" (from the "Lucky Ever After" album), was chosen for "Songs For A Better Planet Vol. IV-Gulf Coast Edition" CD. The album compiled original songs from hundreds of submissions from artists all over the world. The proceeds from sales benefit the Gulf Coast Restoration Fund.

Most recently, Brewer's song "Motorcar," was featured on the network pilot of "Raising Hope," a series on Fox. You can hear this song (one of my favorites by him) on the season one DVD.

Brewer is currently in the recording studio with local producer and engineer Randy Everett, putting the finishing touches on his fourth solo album. Brewer's music is available on iTunes, Amazon.com and Cdbaby.com. Take the time to hear this "Motorcar Man" when he plays Fitzgerald's in the Hilton on County Line Road Nov. 3; Soulshine on Old Fannin Road Nov. 4; Nov. 9 at Kathryn's; Nov. 15 at Pelican Cove; Nov. 16 at Buffalo Wild Wings in Ridgeland; and Nov. 17 at Olga's. Visit http://www.larrybrewer.com for last-minute gigs and schedule updates. And yeah, you better request "Motorcar."

This weekend is jam-packed with a great musical lineup in the capital city. On Thursday night, get your bluegrass on at Local 463 with The Hustlers or at Burgers and Blues with The Delta Mountain Boys. If you're in a rockin' mood Friday night (and celebrating Spinal Tap Day on 11-11-11), catch Dazework at Time Out and Guillermo with Hellbender at Sam's Lounge.

If you're in the Starkville area Friday, support local singer/songwriter Jason Turner as he opens for The Avett Brothers at MSU's Bulldog Bash. Saturday, hear Point Blank at Reed Pierce's and Hollywood and The Way to Go Band at Fenian's. Chill out Sunday with music from John Mora at Sombra Mexican Kitchen and Andy Hardwick at Fitzgerald's. Both play during brunch.

I hope you all have a wonderful week, and if you have any events (or complaints) send them to [email protected] By now you should know the drill—if you see me out and about, please say hello!