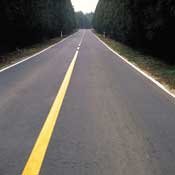 Jimmy Houston, former Ridgeland police chief and candidate for Madison County sheriff, says crimes don't occur just on one side of a road.

Malco Grandview Theatre may not be running Mark Sandridge's controversial campaign ad for Madison County Sheriff anymore, but his message has spurred debates about Jackson stereotypes and the responsibility of law enforcement officials to unite the metro area.

On May 10, Malco pulled the ad after residents of Hinds and Madison counties spoke out against it. Citizens made their displeasure known through social-media sites such as Facebook, and by calling the local theater and its corporate office.

The ad showed an unspecified highway, indicative of the small divide that separates the city of Jackson and Hinds County from Madison County. The camera then stops on Sandridge.

"Imagine for a moment this road was our county line," the ad's narrator says. "This side represents one of the most violent cities in the nation. Over here, on our side, one of the most desirable communities in America to raise a family. And there's one candidate for Madison County sheriff that intends to keep it that way: Mark Sandridge."

Sandridge issued a statement May 10 defending the ad.

"For me to ignore the indisputable facts of an overwhelming level of crime in a neighboring county would be, professionally speaking, irresponsible. I will not abandon my promise to Madison County voters to keep criminals out of our county, before they can commit crimes in our county," Sandridge wrote without citing his crime statistic sources.

Screenvision, a third-party national media company specializing in cinema advertising, secures advertising contracts with Malco Theatres and pre-screens ads. The advertisements that appear before feature movies are part of a 25-minute prepackaged program delivered directly to theaters from Screenvision's server.

Screenvision's website (http://www.screenvision.com) provides guidelines for advertising, and politics is on its list of 38 kinds of content deemed "inappropriate," along with religion, fighting and "comedic bodily noises." Screenvision representatives did not return calls for this article.

As of May 11, Sandridge had raised $8,130 in total campaign contributions. His campaign-finance report shows payments to Screenvision for $450. The campaign's disbursements do not show any payments to filmmakers or producers.

Former Ridgeland Police Chief Jimmy Houston, who left that position earlier this year, spent 24 years as a Jackson Police Department officer. He noted a recent attempted burglary in Madison County in which the offender was from Mobile, Ala.

"I guess we need to think about closing Highway 49 then, too," Houston quipped.

Houston, who is running for Madison County Sheriff, said crime does not just stop or end on one side of the road.

"The saddest part about the whole ad is (that it) would sure be nice if crime was relegated to just one street," he said. "To segregate the cities from one another  with a statement like that, I think it  shows inexperience."

Houston said that law enforcement officials must communicate with each other to stop crimes that cross county lines. He added that he's seen progress with JPD in the past few years.

"I am seeing more interest in crime and that's our job," Houston said.

"Officers are doing more. It's because of good leadership that it's turning a corner. ... So goes Jackson so goes the rest of the metro."

"The image it created was offensive as well as the wording," he said. "After degrading one side of the county and saying you plan to keep it that way is to infer that one tends to keep the neighboring county that way and turn a blind eye to problems in their own county."

Whitwell said the solution is not to "turn a blind eye" to crime, but work  proactively with local law enforcement to find solutions.

Tyrone Lewis, a former JPD deputy sheriff who retired last year and a candidate for Hinds County sheriff, said he could not comment on the ad, but did say if he was elected that we would ensure that metro law enforcement had good working relations.

Hinds County Sheriff Malcolm McMillin, who is running for his fifth term in office, declined to comment.

Also from the FBI, Wesley: http://www.fbi.gov/about-us/cjis/ucr/ucr-statistics-their-proper-use UCR data are sometimes used to compile rankings of individual jurisdictions and institutions of higher learning. These incomplete analyses have often created misleading perceptions which adversely affect geographic entities and their residents. For this reason, the FBI has a long-standing policy against ranking participating law enforcement agencies on the basis of crime data alone. Despite repeated warnings against these practices, some data users continue to challenge and misunderstand this position.

Quote of the week, without a doubt; from above story: Former Ridgeland Police Chief Jimmy Houston, who left that position earlier this year, spent 24 years as a Jackson Police Department officer. He noted a recent attempted burglary in Madison County in which the offender was from Mobile, Ala. "I guess we need to think about closing Highway 49 then, too," Houston quipped.

mission accomplished???????? name in the spotlight?????? wake up people, Quit trying to make people pay for what happened 100 years ago and fix what is happening NOW. we are losing most of a generation as we speak. PULL TOGETHER, COUNCIL and neighbors alike. SO sad to read of all the young people locked away for years, WHERE IS OUR FUTURE. and due to the mistreatment in most our facilities, they will be more violent when released than when they went in. WHILE we sit renaming streets, memorilizing people , we are losing.

wataworld, you clearly don't get it. And your post is a bit hard to decipher.