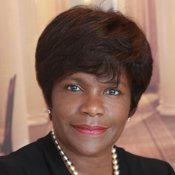 On May 23, Ermea Russell will begin her term as a Mississippi Appeals Court judge. Gov. Haley Barbour appointed her last week.

Russell, who will be the only black female on the state Court of Appeals, replaces Leslie D. King who is now a Mississippi Supreme Court Justice. Russell will represent District 2 on the appellate bench for the remainder of King's term, which ends in January 2013. District 2 includes parts of Hinds and Madison counties and the Delta.

"Judge Russell has a solid reputation and great knowledge of our legal system, and I appreciate her willingness to serve the state on the Court of Appeals," Barbour said in a May 13 statement.

Russell is a former Hinds County Circuit Court judge who practices law with her firm, the Russell Law Firm in Jackson. Former Gov. Kirk Fordice appointed Russell to serve as a Hinds County Circuit Court Judge from 1998 to 1999. She has worked as a senior trial attorney for the federal Equal Employment Opportunity Commission, served as secretary of the Mississippi Senate, chief counsel to Lt. Gov. Eddie Briggs and assistant commissioner of intercultural relations at the Institutions of Higher Learning.

Russell also holds the rank of colonel in the U.S. Army Reserves, where she has served since 1973. She is a veteran of Operations Enduring Freedom and Iraqi Freedom.

The Alabama native earned her law degree from Mississippi College School of Law.

She attends church at the Morning Star Baptist Church. She has a daughter, Ayla, and a son, Mark.