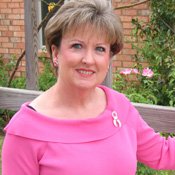 Cynthia Stuart serves as musical director for the Actors Playhouse production of "The Wiz."

Cynthia Stuart came to theater late in life. Winning her battle with cancer heightened her enthusiasm. Although she had worked in music education for years, Stuart did not consider herself an actress until she auditioned for and won the lead role in a Black Rose Theatre production of "Hello, Dolly!" at age 47.

Now 56, Stuart serves as musical director for the Actors Playhouse production of "The Wiz," which runs Thursday to Sunday at the Pearl theater.

Stuart was diagnosed with breast cancer in 2003. After beating the disease, she joined the Central Mississippi Steel Magnolias Affiliate of Susan G. Komen for the Cure, and now serves as education chair for the group. Last year, she began performing a skit (written by JFP freelancer Katrina Byrd) called "Mammy Gram" at churches and Komen Race for the Cure events around the state.

"I just promote laughter through the journey," she says. "You've got to laugh."

Stuart, who grew up in Jones County, lives in Pelahatchie with her husband, Donnie, a Baptist minister. She attended Mississippi University for Women, graduating with her bachelor's degree in music education 1977. She taught music in public schools in Carthage, Morton, Brandon and Puckett, until she retired from teaching in 2005. She has stayed busy since then, however, with her involvement in area theaters--including New Stage Theatre and her own private business, the Studio of Vocal Technique and Piano.

"Every year is a blessing," she says. "You're never too old to start."