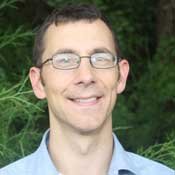 "The narrative that's been pressed is one of white flight, but I also think it's important to note that the data suggests that black families with (more) education and with higher incomes are making choices," Sivak said. "It's not just moving out of Jackson, it's also coming to the metro area. When you look at the population increase in the metro area--Hinds, Madison and Rankin (counties)--the number of people living in this region increased much higher than the number of people who moved out of Jackson."

Jackson's challenge is to make itself more attractive as a place to live and raise children to the people who are already flocking to the metro area, Sivak said.

"If you get a college degree and you're in a rural area, the likelihood that you're going to come to the Jackson metro area to work is likely pretty high," he added.

Educational attainment numbers from the U.S. Census and the American Community Survey show the number of adults with some college experience or beyond has dropped in Jackson from 1990 to the 2005-2009-time period. Meanwhile, those numbers have risen in the metro area.

"I don't think we've gotten anywhere near a tipping point," he said.

Sivak's presentation today was the first installment in a two-part series. The second half, at next week's Friday Forum (at Koinonia, 136 Adam St. 601-960-3008), will focus on addressing the conditions Sivak outlined today.

I probably snapped too quickly after what I considered a flippant response, but maybe I didn't state my case well enough, which is: with this and a lot of other stories (not all, but quite a lot), certain important aspects are completely ignored in virtually all local media, while other, admittedly also important, issues are repeatedly examined in the most minute detail. I'm not at all saying that the "white flight" problem isn't the most important issue related to the 2010 census - it probably is. I think it's perfectly fitting that the story is getting as much attention as it it's getting. But there's other census info that's also important. Why can't anyone seem to find time to report on it? Another fairly recent example of what I'm talking about is the coverage of the proposed Reunion Parkway interchange at I-55. There was quite a bit of reporting about the funding, the contracting and even some details about how long some of the ramps would be. In all I read and saw about it, I never heard exactly what type of interchange was being proposed. Was it to be a diamond, a cloverleaf, a stack, what? I don't have any personal reason to need to know that, but clearly it's a very important detail that, to my knowledge, was never mentioned in any of the coverage. I realize I could probably find out if I'd just scour MDOT's website, but it seems to me it's the sort of thing that might deserve a mention somewhere if the journalists doing the reporting have any pride in their work.

Berberry, we're doing a series of stories on this topic, especially as more Census data emerge. We welcome folks' suggests and comments about what can and should be analyzed to put it all in context. There is no need to sugarcoat facts; it is also absurd to paint the whole "white flight" thing as suddenly horrifying without mentioning that it actually slowed in the last decade. That's not all there is to say, of course, but we often find ourselves having to clean up messes other media make before we can go deeper because people are freaking out over faulty or incomplete data.

Also, I'm seeing that our other stories on this topic are not linked above and should be. I'll take care of that now. Here are those links: Ward Schaefer: Jackson 'White Flight' Slows In Last Decade Kamikaze: A Jackson Reality Check

And you folks do a great job, Donna; I'm just pointing out what I see as a shortcoming in not only your reporting but the reporting of virtually every media outlet in this city. You guys are particularly great when the story originates with you, but as I see it you and the other media sometimes come up lacking when the story is brought to you from outside - like, say, from a press release, or a series of data releases as we have in this case. There are some excellent reporters in Jackson, at this paper and elsewhere, who know very well how to analyze data like this and report on it. It's just that, sometimes, you never seem to stop and ask what information you DON'T have that might prove interesting to a reader of your piece. When an article like this is specifically about the 2010 Metropolitan Statistical Area census, it seems to me that the 2010 MSA number ought to be mentioned somewhere. If it isn't available yet, then that should be mentioned. If I'm wrong I'm wrong, but I promise you this isn't the first time I've come away from a local media story feeling more informed, but not altogether well-informed.

It's just that, sometimes, you never seem to stop and ask what information you DON'T have that might prove interesting to a reader of your piece. Actually, berberry, we just about always ask that, not "never" or "sometimes" (which doesn't entirely make sense, but no matter). Sometimes, that info isn't immediately available, and we get out the information we have first and then follow up. And nearly always, it is very helpful when readers spot holes or suggest angles we might not have thought of. Unlike mainstream media outlets, we have a tiny staff, which does remarkable stuff because they care about the whole story. And let's be frank: Sometimes readers look for any weakness to hone in on, ignoring everything else the reporters do well. I can't get too worried about that. As for the MSA number, I will check with Ward on it.

"As for the MSA number, I will check with Ward on it." Thanks. I live in Vicksburg, so I watch Jackson grow from quite a different perspective. I've been reading the articles about white-flight, and seeing the story covered on TV. It's very depressing, since most of what I see when I visit Jackson is Fondren and areas to the immediate north, and I still see lots of white folks around. I was very happy to see this article, since it's the first time I've heard that these trends might soon begin to reverse. I did not mean to cast any aspersions on the integrity of this newspaper or its resources - it's my favorite news source for Jackson. But nobody's perfect. To get an idea of just what's going on with this story, I've been watching closely here and elsewhere for some mention of the total number of people in the area. Taken with the Jackson-only population and the racial breakdowns, I think that would give a better idea of the number of people leaving Jackson for the suburbs vs the number moving into the metro area from outside. I've been frustrated not just that the information hasn't been given out but that, if it's unavailable, no one has said so. It seems like a very basic piece of info that could be highly relevant.

berberry, I'm not sure if you've seen Ward's story this week about the Census. It has a lot of numbers in it; not sure if the ones you want are there, but there is interesting context there. (The above story was a quick daily piece about Sivak's talk, and nothing more.) Be sure to check out this story.