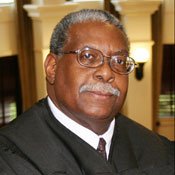 Former Court of Appeals Judge Leslie King is the newest member of the Mississippi Supreme Court.

For Judge Leslie King, serving on the Mississippi Supreme Court is a natural career move, if not necessarily one he expected. Last week, Gov. Haley Barbour appointed King to the Supreme Court, replacing Justice James Graves, whom President Barack Obama appointed to the Fifth U.S. Circuit Court of Appeals.

A native of Greenville, King is the fourth African American to serve on the state's Supreme Court. He served in the state House of Representatives before winning a seat on the newly created Court of Appeals in 1994.

King, 62, received his law degree from Texas Southern University in 1973. He has also worked in private practice and in youth-court, as a prosecutor and public defender.

Had you ever considered running for Supreme Court Justice?
I won't say I had actively considered it, but I had not ruled it out. I knew Justice (Reuben) Anderson very well; I knew Justice (Fred) Banks and Justice Graves very well. ... I did not have in mind the possibility of running against any of them.

What's your impression of how the youth-court system is functioning now? Has it changed at all?
My view is limited somewhat by the cases that we see, but I would think that there have been some significant changes in what's going on in juvenile justice now. Just watching the news, for example, you'll see more news reports of young children being caught up in significant violence. ... You see more young females who are also caught. There was a time when it appeared that if there were acts of violence involved, they were more likely to be male.

I think drug courts are one of the best assets that this state has. If you look at what it costs us to send an individual through drug court and try to make some positive changes in his life, as opposed to what it costs us to warehouse him in the penal system, it's a darn good investment.

In general, the rate of recidivism for people who go through the drug-court system—and I'm talking mostly about the adult numbers now—is significantly less than those people in similar situations who have not been involved with drug court. ... All of these are good things, and I think that there's a place for that in the youth-court system as well.

What are you looking to bring to the Supreme Court, in terms of voices or perspectives?
I think it's premature to talk in terms of having an agenda. Just going on court, what I intend to do is get my caseload, work hard on it and ... and try to be as fair as I can and follow the law as I understand what the law is.

What are your thoughts on the death penalty?
The death penalty is a Mississippi law, and certainly it's the expectation that if the law is followed, then I would also follow that, as a member of the Supreme Court. Having said that, the precedent the Supreme Court set, and that I truly believe ought to be applied, is "heightened review" of death-penalty cases. It's not something that one should enter into cavalierly, because if you make a mistake, you can't ask for a do-over. I think that you'd look at it as carefully as possible and make your best judgment.

What do you do when you're not judging?
I go back to Greenville. I have a 6-year-old granddaughter that I enjoy playing with. She likes to think that she's in control of
her granddaddy.

You're revealing that you're in the control of special interests there.
[Laughing] Unfortunately, that's true.