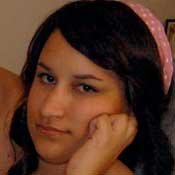 In 1995, my family uprooted from my familiar New England beaches and replanted in the Deep South. My father, a Jackson native, wanted to live closer to his family and show his northern-born children his old stomping grounds. Before leaving, several classmates showed concern for my well being, citing TV shows that depicted the South as dangerous and still rife with racial strife and inequalities. I was convinced that this was merely an exaggeration on the directors' part as I had been to the Hospitality State when visiting my dad's family. And while the area was certainly a lot more rural than I was used to, I felt no fear or dread.

Perhaps my black father and white mother shielded me during those visits, because upon venturing out into our new home, I received a culture shock that was completely unexpected. What I expected was an extended version of these previous visits. One of my first memories of living in Mississippi is playing in the yard with my siblings. I expected neighborhood children to walk by and ask to join us. Instead, they patrolled the streets in feral packs, hurling obscenities and racial slurs with the same precision they used to hurl stones through my parents' car. These were children I would see in school every day, filled with disgust over something as trivial as my skin tone. It didn't matter what race they were; I wasn't one of them, and that's all that mattered.

Needless to say, high school was a bit rough for me, not only because I was somewhere new, but because I wasn't wanted here.

From school to work to relationships, racism has slimed its way into all facets of my life. When given tests at school where students had to circle their race, I would circle all the appropriate answers despite the instructions telling us to circle only one. In the workplace, a human-resources assistant returned my application, saying that I could only circle one race. I erased all my circles and circled "Pacific Islander." When asked if I was a Pacific Islander, I replied, "No, but I'm not one of the other races, either."

While my mom mentioned altercations when she and my dad dated in late-1970s Texas, she didn't really give details. She didn't name it as racism to her children until, 15 years later, her oldest daughter was encountering problems of her own.

I was 16 the summer before my senior year and head-over-heels for a guy I'll call Morris. In my eyes, Morris was the Mississippi version of Hugh Grant, floppy hair included, but he traded the lovely accent for a more muscular build. After a month of dating, he invited me to dinner with his parents. His parents were polite, and his mom and I chatted while I helped with the dishes. As Morris drove me home, he said he felt the visit went well and that he thought his mom really liked me.

The next day, I got a call from a harried-sounding Morris saying he wouldn't be able to see me until the weekend. As we sat pointing out stars that Friday night, he told me that he had moved into a friend's spare room the day he had called me. And while he debated telling me the reason, he felt I should know what happened: His parents were furious. They couldn't have their son dirtying himself with "that girl's kind," so they gave him an ultimatum: Dump her or get out.

We broke up a month later, but I still think of him fondly and appreciate him for showing me that, when forced to make a choice, some people will choose love. Because isn't love about what's on the inside, not what color a person's skin is?

In March, The New York Times ran an article showing that Mississippi's mixed-race population had grown 70 percent between 2000 and 2010, and that the state was leading the nation in multiracial marriages. While mixed-race people only make up about 1.1 percent of the state's population, I was still amazed and overjoyed that progress was documented.

Sadly, this joy was overshadowed two weeks later by another article in a local newspaper. The first line said it all: "Nearly half of Mississippi Republicans believe interracial marriage should be illegal, a new poll says." For a week afterward, I was in a daze. Knowing that people believe my parents' marriage and therefore my existence should be illegal was mind-boggling.

On the other hand, why was I surprised? I've had two boyfriends kicked out of their homes for dating a girl who wasn't white. I've had a friend tell me that we could not hang out at his house because his grandmother didn't want anyone that wasn't white on her property. My parents had all the windows in their newly purchased vehicle shattered because they were a multiracial couple. I've had rocks thrown at me, my life threatened and my existence questioned.

I believe my inherent naïveté keeps me from descending into a bitter, raging mess.

There has been one constant that has traveled alongside racism's looming presence. Some kind souls have made the road bright: friends and lovers who have loved me for who I am, teachers that have helped me keep a brave face and other mixed-race children who wouldn't let me be anything less than proud.

Rose Pendleton is an artist, writer and photographer who hopes to find more people who will choose love over skin tone. She lives in south Jackson and spontaneously writes at http://rosebrokethis.blogspot.com.