To Request or Not to Request | Jackson Free Press | Jackson, MS

To Request or Not to Request 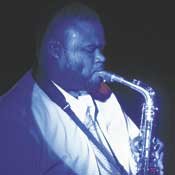 Earlier this month, I attended Jackson Browne's show at Thalia Mara Hall. It was a great show at a great venue, and he played almost all of the songs the fans asked for. Although Browne asked fans to make requests, I've been to other concert halls and small venues where the artists didn't really feel like answering the audience's demands. At Neil Young's show on the Gulf Coast last fall, he refused to sing any song anyone requested (from what I was told). I've also been to smaller, intimate concerts where, once again, the artist is trying to tell the story behind the song, and the fans could care less. They're too busy screaming out songs and not listening to what the artist was trying to convey in his or her songs.

So, here's what's on my mind: when is the right time to request songs at small concerts in an intimate setting, and is it appropriate to do so? Is it OK to do it at all, no matter the location?

Now, please, don't get me wrong, I'm just as guilty as anyone of yelling out, "Wagon Wheel" (wink and nod to Ed Payne). I'm just wondering if there's certain "concert etiquette" in making a request. In my opinion, now that I've gotten to know and respect so many singers/songwriters in this area, I think it's rude to yell out requests while they're talking about the songs they've written.

Making requests depends on the venue. If you're at the FedEx Forum, yell away. But if you're at The Bluebird Café, Thalia Mara, Hal & Mal's Red Room or another venue where it's smaller, maybe you shouldn't. It also depends on the kind of show you're attending. I doubt Motorhead cares if you yell "Ace of Spades" at them all night.

I'm looking at this from a solo performer's point of view. Has hosting Singers-Songwriters Night turned me into some type of request snob? I surely hope not, but it does bother me when I go hear a singer-songwriter perform, and I'm trying to hear every word and every story about every influence they've had in writing their songs, only to have them drowned out by loud, obnoxious (and often drunk) fans. I would love to get your input on this, so feel free to discuss this with me next time you see me out and about.

As always, Jackson has outdone itself with a great lineup of music this week. Wednesday night go check out Seether and Adelita's Way at Fire, Joe Carroll and the JFP's Adam Perry play at Hal & Mal's, and country outlaw Willie Nelson plays at the Jackson Convention Center.

Thursday night, Olga's has Jazz Night with "Tiger" Thomas Rogers at 7 p.m., and The D'lo Trio play at The Cherokee at 6:30 p.m.

Friday night, Earphunk kicks the weekend off at Martin's at 10 p.m., DoubleShotz plays at the Crawdad Hole at 6 p.m., and the Mississippi Museum of Art has its Art Remix with the band Dangermuffin performing.

Saturday night, Suite 106 hosts Back to Basics vs. Uniquity, Ole Tavern has the Burning Sands with The Hypnotic Chickens and The Overnight Lows at 10 p.m., and Fenian's hosts Nekisopaya at 9 p.m.

The JFP's annual Chick Ball is July 9, so please mark your calendars. We're still looking for female talent, so contact me at [email protected]epress.com or [email protected] for more details. Have a great week!