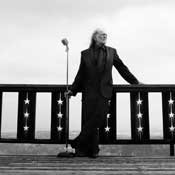 On June 8, Willie Nelson will step onto the stage of the Jackson Convention Complex when he makes a Mississippi stop on his tour.

Nelson, 77, is a Texas native and one of the most prolific songwriters in history.

He is a founding member of the outlaw-country movement, which included Johnny Cash, Waylon Jennings and Kris Kristofferson. Nelson came to national notoriety when he moved to Nashville in 1960 and, after finding few takers for his act, began writing songs for other artists. Most famously, he penned the hits "Crazy," recorded by Patsy Cline, and "Hello Walls," originally recorded by Faron Young.

By 1965, Nelson had released two solo records—"And I Wrote" and "Country Willie: His Own Songs"—before being inducted that year into the Grand Ole Opry. Shortly after, Nelson "retired" from music and settled in Austin, Texas. His retirement was short lived, however, as the burgeoning music scene inspired him to come out of retirement to begin playing his own style of country music that included jazz, rock, folk and western-swing influences. His exploration into this new sound resulted in 1973's "Shotgun Willie," which, while critically lauded, failed to sell many copies.

In 1974, Nelson released his next record, "Phases and Stages," a concept album telling both sides of a divorce. It solidified Nelson's sound and his listeners.

With the release of the now-classic 1975 album, "Red Headed Stranger," Nelson secured his star status and his creative freedom from record label, Columbia Records. By this time, Nelson was collaborating with artists such as Waylon Jennings and Kris Kristofferson as they forged the sub-genre of country music that became the outlaw movement.

Not conforming to Nashville standards of songwriting, subject matter and tone, many Nashville purists derided the outlaw movement.

Throughout the 1980s and 1990s, Nelson branched out and began collaborating with artists outside country music's domain, including Bob Dylan, Sinead O'Connor, David Crosby, Bonnie Raitt and Paul Simon. He has continued this trend to this day, touring heavily and partnering with more and more artists. He has worked with U2's producer Daniel Lanois, and recorded or performed with Rob Thomas from Matchbox 20, Keith Richards of The Rolling Stones, Al Green, Jerry Lee Lewis, Joe Walsh, Carol King, Ben Harper and Amos Lee, among others.

Nelson is an actor (he has more than 30 film credits) and an activist (he set up Farm Aid, an annual music benefit to raise awareness of the plight of family farms in 1985, for example). He is a poet, active in politics, is as entrepreneur and an organizer. With his trusty Martin N-20 guitar, "Trigger," Nelson is an icon of the world music scene.

The Jackson concert is not officially part of the Country Throwdown, Nelson's 25-city tour with Jamey Johnson, Randy Houser, Lee Brice and Brantley Gilbert. His son, Lukas Nelson, 22, also performs at Throwdown cities. Southaven is one of those cities, and the tour stops there June 9.

But the night before, Nelson will sing and play inside the convention center for the capital city crowd.

See Willie Nelson live at 7:30 p.m., June 8 at the Jackson Convention Complex (105 East Pascagoula St.). Tickets are $33 and $53 and are available at http://www.ticketmaster.com. Visit http://www.willienelson.com for more information about Nelson, the Country Throwdown Tour and to download six free Willie Nelson songs from iTunes.