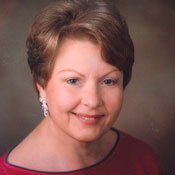 Denise Halbach is the director of "Unshelved," which runs Jan. 6 through 9 at the Commons at Eudora Welty's Birthplace.

Jackson playwright Beth Kander wrote the script, exploring the importance of identity through the play's main character, Audrey, after she is diagnosed with early-onset Alzheimer's disease. The play also shows how the disease affect's Audrey's family members.

"It's hard to deal with losing a loved one when they are still there," says Halbach, who watched her mother's memory deteriorate for 11 years before she died.

Directing the play gave Halbach an opportunity to work through the emotions she experienced from losing her mother. "Everybody is going to have to deal with it," she says. "This play opens a window into Alzheimer's."

Halbach, 60, has devoted the majority of her life to theater. After graduating from Ole Miss, where she double majored in English and philosophy, she started directing plays at Tylertown High School in Tylertown, Miss., where she worked as a teacher in 1972. She fine-tuned her directing and acting skills when she attended the University of Southern Mississippi where she earned her master's of fine arts. In 1999, Halbach retired as the director of theater for Hinds Community College. She has directed more than 100 productions, and acted in several local theater productions.

See "Unshelved" Jan. 6 through 9 at the Common's at Eudora Welty's Birthplace (719 N. Congress St.). Performances are 7:30 p.m. Thursday, Friday and Saturday, and 2 p.m. Sunday. After several productions, the Fondren Theater Workshop will hosts a question and answer session with the cast. Tickets are $10, and can be purchased by calling 601-982-2217.