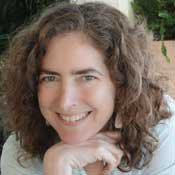 Diana Abu-Jaber, author of "Birds of Paradise," will be at Lemuria Books Sept. 22.

On Sept. 22, Lemuria Books (4465 Interstate 55 N., Suite 202) will hold a book signing for Diana Abu-Jaber, author of the new novel, "Birds of Paradise." Abu-Jaber is an Iraqi-American author who has already published three novels "Origin," "Crescent" and "Arabian Jazz," and the memoir, "The Language of Baklava."

"Birds of Paradise," which comes out Sept. 6, tells the story of a damaged family caught up in a frenzy of personal problems. They attempt to deal with the daughter, Felice Muir, running away to live on the streets of Miami as well as untangling their own internal knots. Each of the characters grapples with the betrayal and emotional whirlwind from losing Felice. They include the mother, Avis, an expert pastry chef; father, Brian, a real estate attorney; and older brother, Stanley, the proprietor of an organic food market.

After five years away from home, Felice begins to deal with the guilt and secrets that drove her away. On her 18th birthday, the family must face the realizations of their pain.

The book signing will start at 5 p.m. and Abu-Jaber will begin reading at 5:30 p.m. Lemuria will sell first edition signed copies of "Birds of Paradise" for $25.95.
For more information on this and future events at Lemuria, call 601-366-7619, or visit http://wwwlemuriabooks.com.