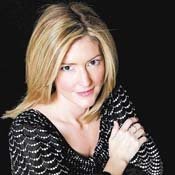 A Hinds County judge has thrown out a complaint against "The Help" author Kathryn Stockett.

Attorneys for Ablene Cooper claim Kathryn Stockett used their client's name and image without permission in "The Help." Hinds County Circuit Judge Tomie Green threw out her case this morning, however, saying Cooper did not file her complaint against the author within a one-year statute of limitations. Cooper's attorneys say they will appeal Green's decision.

Cooper, 60, is a former maid for Stockett's brother, Robert, and a Jackson resident. She filed a complaint against Stockett citing emotional distress and seeks $75,000 in damages. Cooper claims "The Help" character, Aibileen, is her.

"She didn't know (Stockett) would write these things and clearly misrepresent her in the book," Cooper's attorney Edward Sanders said after the hearing this morning. "That is very disturbing--that she would do this to someone who takes care of her own nieces and nephews."

"There's a line in 'The Help': 'You're an ungodly woman.' Maybe Stockett should think about that," Sanders added.

Stockett was not present at the hearing this morning but her attorney, Fred Banks, said that Cooper had enough time to file her complaint within the statue of limitations because she had obtained a copy of the book one year prior to its publication.

In the book's afterword, Stockett wrote that the book is a work of fiction but it is inspired by true stories.

"This is a beautifully written work of fiction, and we don't think there is any basis to the legal claims," Einhorn said a February press statement.

Read/join a local discussion about "The Help" here.

Ambulance chaser calling out someone for being ungodly? Just my opinion. Greed abounds in this day and time.

Selika, "The Help" is a novel, not a news report. It's fiction.

Ronni, that is true, but it does not negate Selika's point. As I write about in my editor's note today, out later, "The Help" has joined a small handful of films ("Mississippi Burning," "Ghosts of Mississippi," even "Blind Side") that are defining the black freedom struggling in the South for many, if not most, Americans. As a result, it would be nice to get facts like that right. Certainly, it does fit into the easy narrative to believe that no blacks owned land or were landlords then, but it does no service to African Americans.