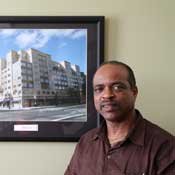 Jackson Redevelopment Authority board members want to determine the feasibility of two high-priced developments that the quasi-government agency may help finance.

During a July 27 board meeting, JRA members discussed the possibility of issuing bonds for a $27 million parking garage with adjoining commercial space and a cooling system. The board also discussed the potential of hiring an independent consultant to perform a feasibility study on the proposed convention center hotel.

Old Capitol Green developer, Full Spectrum South, is asking JRA to help to finance a $27 million project. Full Spectrum has additional funding sources such as state bonds and New Market Tax Credits to move forward on the commercial space, JRA attorney Zach Taylor told the board. The parking garage would be located on Full Spectrum property between Hal & Mal's Restaurant on Commerce Street and a former Greyhound bus station.

Board members asked several questions about the feasibility of the project During JRA's July 27 meeting. The garage would have 888 total spaces, and Full Spectrum has guaranteed that it will have 500 spaces leased from office workers and approximately 179 spaces for residents.

"Once there is something that is specifically spelled out, and we have got the data they have provided, we will know that this is what they are committing to do and what is expected to happen," Taylor said.

JRA Executive Director Jason Brookins said he could not yet predict how soon the parking garage would begin to generate revenue after construction. Full Spectrum has predicted that the parking spaces will generate $1.7 million per year with $700,000 from tenants and $975,000 from visitors.

Saying that he could not immediately confirm those numbers, Shepherd said they sounded accurate. Full Spectrum has submitted a feasibility study to JRA, and the Jackson Free Press submitted an open records request to obtain the study. Shepherd said he did not know the exact lease fee for annual parking spaces but did say that daily parking rates would be around $12 per day, which is comparable to other garages in the city.

Shepherd told the Jackson Free Press last year that Full Spectrum had already invested more than $1 million in the project and has conducted several feasibility studies for residential, retail and office space. He added that the JRA would own the development in full after seven years.

"New Market Tax credits will reduce with the amount we would have to borrow from JRA and thereby allow the revenues from the parking garage to more than pay bond notes. ... We would use the difference in what is owed and generated into a saving accounts that would accrue interest and reduce the amount of time for repaying the bonds," Shepherd said.

Full Spectrum is leasing the proposed garage property from the Mississippi Department of Finance and Administration with the intent to purchase. Shepherd said that if the JRA agrees to help finance and own the garage, it would signal to the city and county that the project is moving forward. The state Legislature approved $20 million in bonds for the project in 2009 through the county.

"The funding is still available and we are still working with the city and county to get those funds," Shepherd said.

In a separate issue, the Stimley-Brown law firm filed a lawsuit July 22 against Full Spectrum South and its parent company Full Spectrum New York claiming that the developers owe a minimum of $40,250 in rent at their office building at 802 North St. in Jackson. Stimley-Brown is the landlord and is asking for permission to evict the company.

Full Spectrum attorney Walter Weems said that the lawsuit does not have anything to do with the future development.

Stimley-Brown representative Chad Brown said that Full Spectrum did not have authority to make repairs under the lease that they executed with Stimley-Brown.

The board also approved a motion for Brookins begin informally soliciting proposals to determine the feasibility of backing the convention center hotel. JRA has agreed to issue urban renewal bonds for the project, and the city is negotiating with the hotel developers on a financing structure.

"We would like to hire a third party to help us look at our options financially whether it is be a publicly owned hotel or a privately owned hotel," Brookins said.

TCI, a Dallas-based real estate firm, bought four blocks of property along Pascagoula Street to build a $200 million hotel and retail space in 2007. The development has stalled due to financing issues, and TCI has conducted its own feasibility study, which determined that the hotel would need to charge $150 per room per night to pay its debt service.

"You want this study to be with someone you trust," Taylor told board members.