Get Your Art Out! | Jackson Free Press | Jackson, MS

Get Your Art Out! 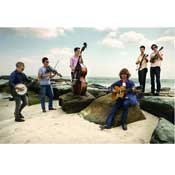 I've lived in Jackson for 11 years now. I love this city and all it has to offer. I've had many musicians ask me how to get gigs here, as well as information on how they can get their music out to the masses. So, instead of emailing each person individually, I decided to write about it in this week's article.

Open-mic nights are great opportunities to get your name out there and perform. On Monday nights, Martin's hosts open-mic night. Burgers and Blues in Ridgeland has also started an open mic night on Monday nights. On Tuesday nights, Fenian's has open mic (where I got a lot of my performing experience), and Liver Mousse's Cody Cox hosts open mic on Tuesdays at Ole Tavern. (Cody says he's had several folks play at both locations, so there's an opportunity for double exposure!)

Wednesday nights the fab guitarist-musician-human-jukebox Doug Frank hosts the open-mic jam session at Center Stage (formerly C Notes) on Old Canton Road in Ridgeland. And if you're looking for something fun to do on Sunday evenings, head down to ToMara's on Highway 18 for Mike and Marty's jam session, where everyone is invited to participate. Pop's Saloon has started having open-mic jam sessions on Sundays as well. I host Singers-Songwriters Night May 4 at Hal and Mal's. Feel free to contact any of the venues above (and me) if you would like to get more information on how you can play your original songs.

If you're reading this article on April 27, I'll hopefully be in New Orleans watching two of my favorite bands, Mumford and Sons and Old Crow Medicine Show, along with Edward Sharpe and the Magnetic Zeros on their Railroad Revival Tour. I'm excited about my mini-vacation to The Big Easy, but promise to be back for the week's great lineup of music in Jackson.

My friend and awesome musician Mississippi John Doude plays his first show at Fenian's Wednesday, so please stop by for a listen (and a strong drink from the fabulous Joe.) Jo Jo Long brings his Southern rock and blues to Hal and Mal's, Wasted Wednesdays happens at Dreamz, and DJ Phingaprint spins all night at Poets II. All shows should start around 9 p.m., so get there early for a good seat.

Thursday night, Que Sera has music on their patio with the sensational Debbie Buie performing, Underground 119 hosts guitar hero Barry Leach, Fire rocks out with Cold, Egypt Central, Kopek, and The Glitter Boys, and Mississippi bluesman Bill Abel jukes it out at The Welty Commons. Also on Thursday, the band God-dess plays in Hal and Mal's Red Room.

On Friday night, make sure to check out The Bailey Brothers at Martin's, Shane and Frazier at Burgers and Blues, Jazz Night at circa in Fondren, and Jacob Lipking at Julep's. On Saturday night, Ole Tavern hosts Roosevelt Noise (a Jackson favorite) starting at 10 p.m., Kerry Thomas acoustically accosts (but in a good way) at Suite 106, and The Trans-Siberian Orchestra performs at The Coliseum at 8 p.m. Please call the Coliseum Box Office for ticket information.

Keep enjoying your weekend and get your brunch on by stopping by to hear good friend (and crazy jazz cat) Raphael Semmes at Char, and Howard Jones performs at the King Edward Hotel (and thanks for the ride at the Zippity Doo Dah Parade, Howard!) Sunday afternoon is going to be a blast, because The Cherokee is having a crawfish boil with The Delta Mountain Boys and George McConnell and the Nonchalants starting at 2 p.m.

What a lineup of music. I hope to see you out and about this weekend. Please stop by and say hello!