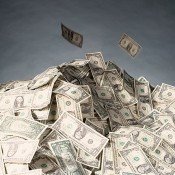 For years, Jackson resident Gary Morgan eyed the corner of Duling Avenue and North State Street where the consignment shop The Orange Peel was located. After years of searching for the perfect place to have his own eco-clothing store, he jumped at the opportunity to lease the space when it came available last month after the consignment store moved to Mitchell Avenue.

Early next month, Morgan will open "The Green Room," a clothing store that sells animal-friendly and organic cotton clothing for men and women as well as accessories.

The Pensacola, Fla., native has lived in Jackson for the past 20 years and worked for various banks as an investment banker.

"With Fondren being the way that it is, It's a great location," Morgan said.

The Green Room will be open from 10 a.m. to 6 p.m. Monday through Friday. At 3026 N. State St. Morgan has not yet determined weekend hours.

A regional board of directors with tourism experience in Jackson, Harrison and Hancock counties, called the Mississippi Coast Regional Tourism Partnership, will oversee the funds.

Lockheed Martin to Relocate to Clinton

Lockheed Martin, a global security company, announced today that it will locate its new Mission Support Center to Clinton's South Pointe Business park. The new office will provide 350 new jobs to the area.

The Mississippi Development Authority assisted the venture through the Momentum Mississippi incentives program.

The Mississippi Department of Banking and Consumer Finance and the Federal Deposit Insurance Corporation have taken control of eight Heritage Banking Group branches in Carthage. Heritage is based in Carthage.

Heritage will reopen open Monday as Trustmark National Bank. Trustmark entered into an agreement with the FDIC to purchase the branches.